BELOW: A group of Washington University School of Medicine vanpoolers and others during a ceremony earlier this summer with Madison County Transit to boost awareness of the Ridefinders program that MCT sponsors.

In 2015, RideFinders expects to be even more successful as it works with area employers like Washington University to increase awareness of the benefits of its programs.

“Using the RideFinders service has been an absolute pleasure,” said Dustin Horn, a Washington University School of Medicine employee who lives in Union, Mo. “The cost is reasonable, especially given the amount of money I was spending on gas and maintenance on my vehicle. To be able to get on the van and relax on the way to work and on the way home has been a tremendous benefit.”

RideFinders spokesman SJ Morrison says that saving money tends to be the top reason why people are interested in sharing a ride, followed closely by other benefits including reduced stress, less wear and tear on the area’s infrastructure and less pollution in the air. Primary drivers, and some federal employees receiving a monthly vanpool subsidy from their employers, commute for free with RideFinders, while all riders save up to $1,500 a year in gas and maintenance costs.

Some people, however, just assume the programs won’t work for their lifestyles.

“There is more ease and flexibility in the programs than many people realize,” said Morrison. “For instance, carpoolers don’t have to participate on a daily basis and we offer a Guaranteed Ride Home program. If commuters have reservations about participating, they should talk to us or their employer representative about options.” 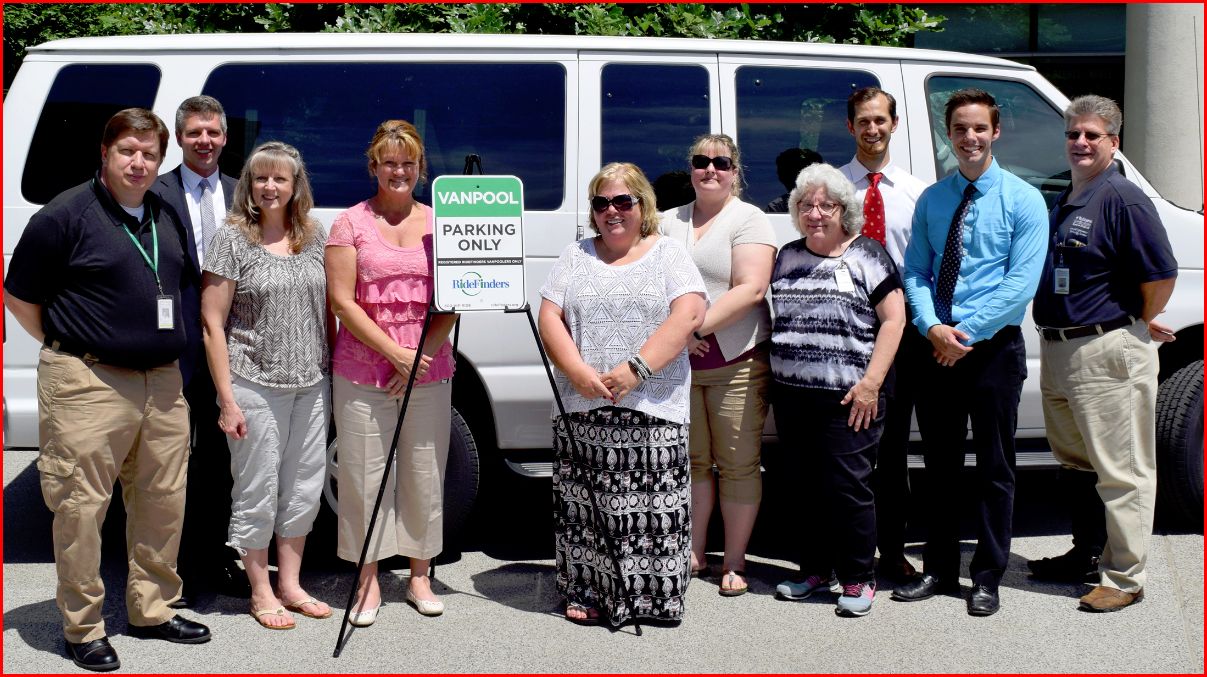 RideFinders offers three programs: Vanpool, Carpool and Schoolpool. There are 2,607 carpools in the region, which carry 5,800 passengers, 56 vanpools which carry 504 passengers and 28 participating schools. RideFinders works with more than 800 employers to promote and administer the program. Each employer has a designated point of contact called an Employee Transportation Coordinator to provide information to participating commuters and to administer the benefits.

Since there are more low quality air days in the region during the summer months, RideFinders is seeking to draw additional attention to those who are helping the environment through ridesharing, as well as their supporting employers.

A vanpool is a group of commuters who share the ride in 15-passenger vans provided by RideFinders, with the monthly fare split equally among the riders based on mileage and number of passengers. Vanpools have a primary driver who travels for free in exchange for submitting a monthly mileage report. Vanpools are eligible for the Guaranteed Ride Home program that offers each commuter up to four $125 taxi rides home per year in the case of an emergency.

A carpool is two or more commuters who share the ride in their personal vehicles. Commuters either share the driving or, if one commuter does not have a vehicle, provide gas money to the commuter who drives. Carpools can be organized through RideFinders’ free matching service or can be existing to qualify for the program. All RideFinders carpool commuters are eligible for the GRH program.

The RideFinders Schoolpool program provides a free, secure matching service to help parents of participating K-12 schools carpool to and from school. Schoolpool participants are not eligible for the GRH program.

For more information about RideFinders, go to http://www.sharetheridestl.com/