No, Illinois workers would short-change contributions, be left to whims of Wall Street

By DANIEL BISS
There is much discussion these days about the concept of moving public employees away from pensions and into 401(k)-style systems. The reasoning is simple enough: Most private businesses have moved away from traditional pension plans, and states, including Illinois, are experiencing very severe pension debt problems. 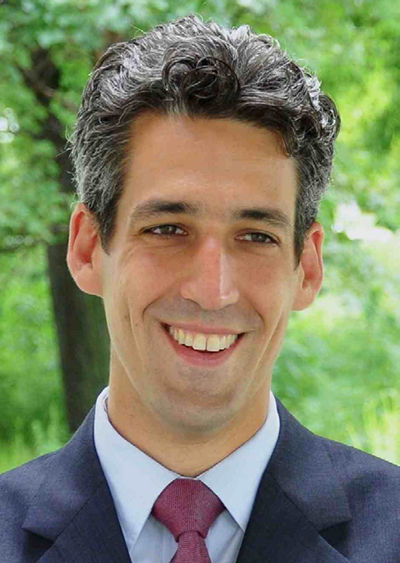 According to the proponents of this concept, in order to save themselves, governments need to mimic what private employers have already done to their workers’ retirement plans.
Unfortunately, this idea is riddled with a variety of problems.
To start, there are technical challenges. The majority of public sector workers in Illinois do not participate in Social Security. That means that if they had a 401(k)-style benefit instead of a pension and if their investments went bad, they could be left with literally nothing. This is in contrast to private sector workers who pay into Social Security, which means that no matter what happens to their 401(k), they will still have the Social Security benefit to rely upon throughout their retirement.
It seems absurd to accept a situation in which every single American worker has a minimum guaranteed stream of retirement income with the exception of Illinois teachers who would be left entirely at the whims of Wall Street. But in that case, if we replaced public pensions with 401(k) plans, Illinois governments and their workers would have to start paying into Social Security, which would be very difficult for our cash-strapped public bodies.
Additionally, the pension question has attracted attention largely because our public retirement systems are so sorely underfunded. That means there’s a massive gap between the benefits we’ve already promised and the money we’ve set aside to pay them — and regardless of what we do going forward, we’ll have to pay down that debt over time.
As we dig out of that hole, employees make regular contributions into the system, deducted out of every paycheck. If we were to move all employees into a 401(k)-style system, they’d stop contributing into the existing underfunded pension systems, depriving them of much-needed funds. This would further imperil their funding status and possibly even increase the cost to the government in the short term.
It would be tough to make work. But let’s ask a separate question: If it could be made to work, would it be a good idea?
Here again, I’m afraid, the answer is negative. It’s certainly true that private employers have moved away from pensions and toward 401(k)s. Indeed, in 1979, 84 percent of workers who had some kind of retirement plan at work had a defined benefit pension as part of that plan; by 2011 that number had dropped to 31 percent.
In other words, we are running a multi-decade experiment in which workers are gradually but systematically moved out of traditional pensions and toward 401(k)-style plans. So, how is that experiment going?
Poorly.
America is facing a retirement security crisis. According to the National Institute on Retirement Security, the U.S. retirement savings deficit is between $6.8 trillion and $14 trillion. This eye-popping number refers to the gap between what Americans would need to have put aside for retirement in order to maintain their standard of living after retiring at 67 and what they have actually put aside.
A gap this big points to an upcoming human tragedy wherein people who are no longer physically able to work will have no choice but to retire into poverty. It also points to an economic crisis, because state and local governments will bear the responsibility of caring for increasing numbers of seniors living in poverty.
The 401(k) experiment has imperiled our nation’s retirement system. It has some serious downsides, including participation rates, contribution levels, and allocation of various forms of risk. Let’s consider these one at a time.
Participation rates. A pension is mandatory for all workers; by contrast, a 401(k) is optional. This means that plenty of people don’t participate, and many of them will regret that decision later. As more plans feature automatic enrollment (wherein an employee is enrolled unless they affirmatively opt out), participation rates have increased, but they’re still not as high as they need to be to provide real retirement security.
Contribution levels. Once workers begin participating in a 401(k), they often stick with the default contribution level, which is typically set far lower than it would need to be in order to provide for a truly dignified retirement.
Allocation of risk. This is the big one: the purpose of moving away from a pension, after all, is that if investments go poorly, or if workers live a very long time, the state isn’t on the hook to provide a retirement benefit beyond what’s already been paid for. But the downside that accompanies the employer giving up all that risk is that someone has to take it on — and that someone is the worker! Unfortunately, an individual worker is far less well positioned to handle this risk than a large government. Pooling the longevity risk across the whole workforce decreases the risk. Furthermore, while it can be devastating to a middle-aged worker to see the market tank and their portfolio value follow, the system overall can handle that investment volatility by focusing on the long term and simply weathering the inevitable short-term storms.
The switch from pensions to 401(k)-style plans has lots of downsides. Instead of blindly following the private sector down this problematic path, we should learn from these downsides and build new mechanisms that avoid them. That is a doable task, and if we do it well, we will be able to simultaneously address our state’s fiscal challenges while also providing workers with true retirement security.
Sen. Daniel Biss, D-Skokie, represents the 9th Senate District in Illinois. He sits on the Senate’s Licensed Activities and Pensions Committees.