Today, United States Steel Corp.’s Granite City Works announced it will lay off approximately 80 workers, a number drastically reduced from the 2,080 figure the company had given in March when it announced plans to to temporarily idle the Granite City mill altogether. 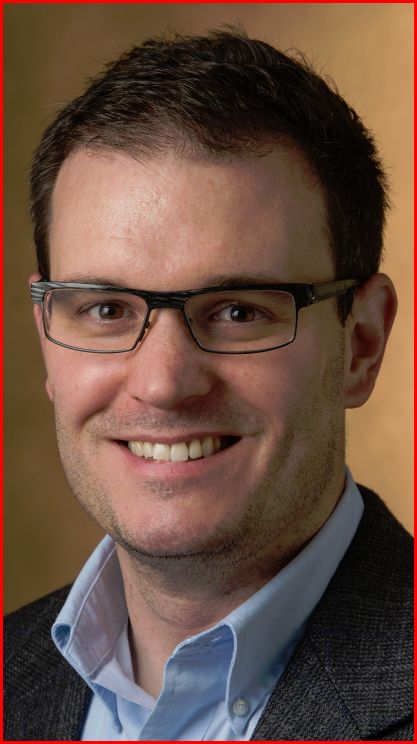 Considering the economic and industrial trends of the 21st century, the threat of the demise of yet another steel-producing powerhouse, while unfortunate, is not surprising, says Jeffrey Manuel, associate professor of historical studies at Southern Illinois University Edwardsville.

“Going back 100 years, U.S. Steel Corp. was the globe’s giant steel producer,” said Manuel (left). “Whereas today, most of the big steel makers are state-owned companies, located abroad, in South Korea and China for example.”

Manuel has spent years studying deindustrialization and its effects. He attributes this particular slowdown of heavy industry to a combination of challenges: production in other countries and the downturn in the domestic oil and gas market, which affects U.S. Steel’s pipeline business.

“The bigger-scale shift is globalization itself,” Manuel explained. “The fact that a steel maker from China or Japan can come in and undersell U.S. Steel in the United States is in some ways a sign of the underlying issues involved. The fact is the world’s heavy industrial powerhouse has moved away from the U.S. toward East Asian economies.”

While the classic steel mills that belch smoke and employ tens of thousands have been on the decline for decades, Manuel affirms, the U.S. steel industry is not dying altogether. Instead, it has modernized, transitioning into so-called “mini mills”, most of which are non-union and located in states like Texas and Florida.

“The U.S. steel industry is alive and well,” said Manuel. “It just looks drastically different today than the classic integrated mill. Most of the steel is produced for specialized consumers, who need specific products. “Mini mills” are employing a much smaller workforce and using a lot more technology.

This restructure is similar to that of the auto industry. It acknowledges the reality of globalization: U.S. steel makers are now directly competing against workers who make a lot less money in other parts of the globe.

“It’s held onto those jobs and retained a diverse industrial base compared to a lot of other cities,” noted Manuel. “Many cities have experienced job loss to an even more extreme degree.”

To many, what’s most alarming about this situation, according to Manuel, is that these layoffs are happening amid a time of more steady economic growth elsewhere. It begs the question, is this a sign of a more permanent shift in the way the steel economy works?

In a situation like Granite City Steel Works, Manuel emphasizes that it’s important to remember there are both winners and losers.

“People who directly lose their jobs, and often times have to be unemployed or take lower-paying jobs are the biggest losers, along with their families,” remarked Manuel. “After that, the community, from businesses and suppliers, to the corner tavern is largely affected.”

People are resilient though, and many times, Manuel says history has proven with layoffs come new opportunities for many.

“Many people you’ll talk to say situations like this gave them the push they needed to pursue a new career or go back to school,” Manuel said.

Should the mill be shuttered at a later date, it could also allow for a re-invention of the city’s landscape and reputation.

“Granite City has held onto this blue-collar, steel-making identity, while a lot of cities and the rest of the region, have tried to shift over to jobs in healthcare and higher technology,” Manuel said. “Other cities have made themselves sites of recreation and places to visit. It’s hard to do that when you have a large integrated steel mill in the middle of town.

As a historian, Manuel doesn’t specialize in predicting the future. He hopes, like most, that those who have lost their jobs, will be able to get back to work, either at the steel mill, or elsewhere.

Evidence has shown the U.S. economy is shifting away from heavy industrialization, toward services and higher technology. Manuel says it’s simply a sign of the times.

Manuel has done extensive research on deindustrialization in the Lake Superior iron-ore mining district. Iron ore is a raw material used for steel making. The mining industry has also been hit with heavy shutdowns within the last six months.

Manuel has authored a book titled, Taconite Dreams: The Struggle to Sustain Mining on Minnesota’s Iron Range, 1915-2000. It will be published in October.