NAPERVILLE — A poll released this week shows Illinois voters largely support a freeze in property taxes, even if it means potential cuts to local services.

The Senate districts in which the poll was conducted included Districts 3, 23, 28, 31, 36, 48, 49 and 59. Of those the 48th is the only one touching on Southwestern Illinois. The poll was conducted on behalf of Americans for Prosperity, a national citizens network that supports free markets and less government. Tthe group has been pushing for a property tax freeze in Illinois.

Here are the poll results: 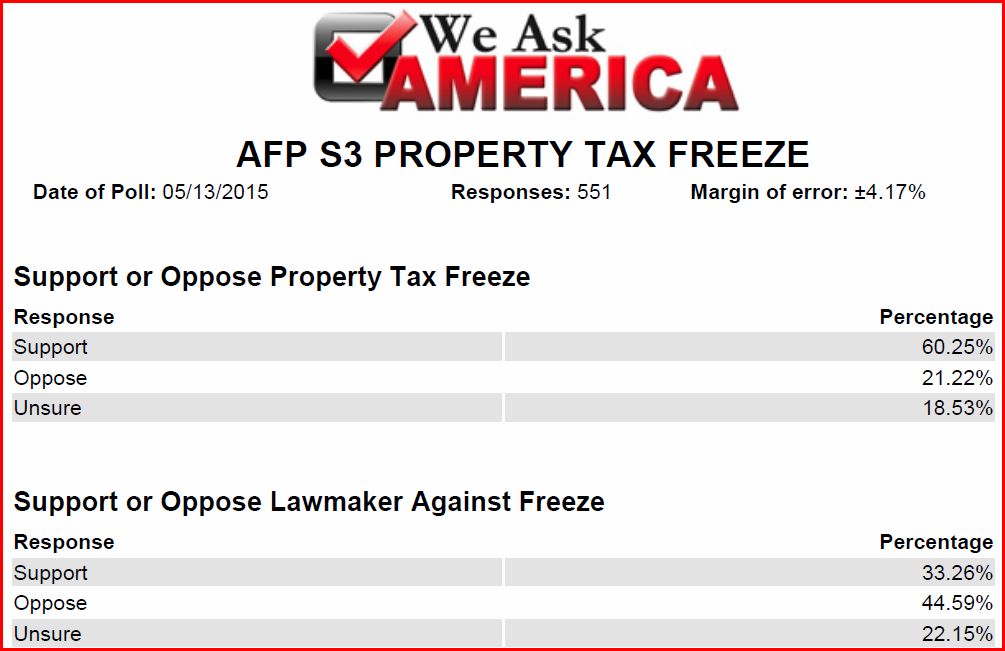 AFP Illinois State Director David From released the following statement in reaction to these findings:

“This polling confirms that Illinoisans are sick of property tax increases year after year. AFP Illinois is calling on state legislators to freeze these growth-killing taxes and provide Illinois families and businesses with some relief. The polling data shows that whether it is a rural, urban, or suburban district, taxpayers want a property tax freeze.”

Americans for Prosperity is a nationwide organization of citizen-leaders committed to advancing every individual’s right to economic freedom and opportunity. AFP believes reducing the size and intrusiveness of government is the best way to promote individual productivity and prosperity for all Americans. For more information, visit www.americansforprosperity.org