SWANSEA – Francella Jackson, director of community programs for the East St. Louis Police Department, has been selected as the 2015 auxiliary board of directors chair for the Illinois Division of United Way of Greater St. Louis.

Jackson has been a strong supporter of United Way for many years. She is the first African-American woman to serve as board chair for the Illinois Division.

“Two years ago, I led the Illinois Division as the campaign chair, and to now have the privilege to also serve as the board chair is beyond incredible to me,” Jackson said. “I am already energized and looking forward to leading the board in strengthening our efforts to help local people live their best possible lives.” 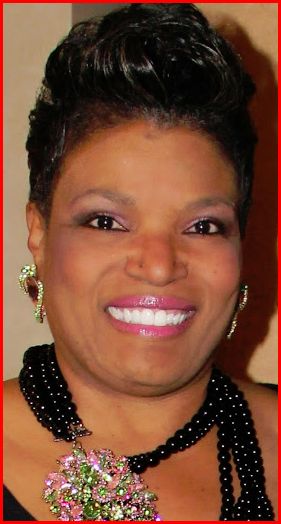 Jackson (left) has served in numerous roles with United Way of Greater St. Louis and its Illinois Division for more than 17 years, most recently as the 2014 special events chair and 2014 board vice chair for the Illinois Division. Through her special events role, Jackson spearheaded several successful fundraising events for United Way, including the second annual Dinner for Eight event. This event was held exclusively for the Divine Nine, a collaborative of historically African-American Greek fraternities and sororities dedicated to helping the community. More than $43,000 was raised to help local people from Dinner for Eight in 2014, which was a $19,000 increase from the 2013 event.

Additional involvement with United Way for Jackson has included being a member of the African American Leadership/Charmaine Chapman Society since 2001 and a cabinet member since 2006, a volunteer leader in the Community Investment Division serving as a chair or vice chair of several panels since 1998 and an Illinois Division campaign cabinet member for 10 years. She has also served on the Illinois Division auxiliary board since 2003 and its executive committee since 2005, has been a member of the United Way of Greater St. Louis board since 2008, chair of the community impact committee and has served on the 2-1-1 helpline and other various committees.

Jackson was also the recipient of United Way’s prestigious Freeman-Kortkamp award in 2011, which honors outstanding service and performance of a United Way of Greater St. Louis board member.

“When it comes to having great leadership and enthusiasm for helping people in this community, Francella is the perfect example,” said Dayna Stock, vice president of regions and special initiatives, United Way of Greater St. Louis. “Her dedication and energetic persona make her an outstanding choice to lead our board. She is an incredible volunteer with United Way, and I’m looking forward to working closely with her in this capacity.”

United Way of Greater St. Louis covers 16 counties in Missouri and Illinois. It helps one in three people in the region build a foundation for a good quality of life through basic needs, education, financial stability, health and strong communities. For more information, contact (314) 421-0700 or visit www.HelpingPeople.org.