Like many of you, we are very concerned by the passage of HB 5471, which bans certain commonly-used firearms and firearm components in the State of Illinois. Overnight, thousands of otherwise legal gun owners fear their Second Amendment rights are in jeopardy. We feel the duty to clarify for our citizens the policy their Madison County law enforcement leaders will adopt with regard to this new situation.

As with any statute passed by the legislature and signed by the governor, it is presumed constitutional. But we are acutely aware that this statute touches on fundamental constitutional issues and is in obvious tension with recent and binding Supreme Court precedent on the Second Amendment. Among other things, it bans many of the most popular firearms in America, firearms that are currently in common use for lawful purposes and which law-abiding citizens have legally owned for many years. Whatever the policy justification, such a ban is hard to square with the Supreme Court’s 2022 decision in Bruen, which stated simply: “the Second Amendment protects the possession and use of weapons that are ‘in common use at the time.’”

Based on the analysis above, we expect a strong court challenge to HB 5471 in short order. We trust that this legislative overreach will not stand. In the meantime, we remain focused on reducing violent crime. 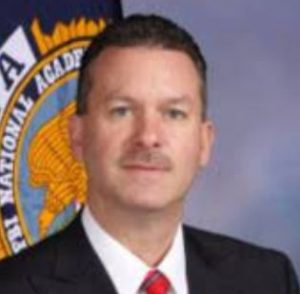 Therefore, pending further direction by the courts, the Madison County Sheriff’s Office will not expend its limited resources to check whether otherwise law-abiding gun owners have registered their weapons with the State, nor will the Madison County Sheriff’s Office be arresting or housing otherwise law-abiding individuals solely due to non-compliance with HB 5471. As to possible prosecution, if the Madison County State’s Attorney’s Office is brought cases relating to enforcement of HB 5471, it will exercise strict prosecutorial discretion in such circumstances, ensuring that the clearly-defined Second Amendment rights of our citizens remain undiminished.

We are very concerned and disturbed by the ongoing and escalating violence throughout our state and country. We have fantastic staffs that put forth a strong effort to deter any criminal behavior. We are always supportive of new tools, techniques and laws that assist us in preventing and holding accountable the people that choose to do harm and violence on others.

But in this process, the citizens of Madison County can remain confident that their local law enforcement will not turn the criminal justice system against those acting within their clearly-defined constitutional rights. At the same time, we will continue to ensure that crimes involving firearms are investigated and prosecuted according to the facts and circumstances of each case. 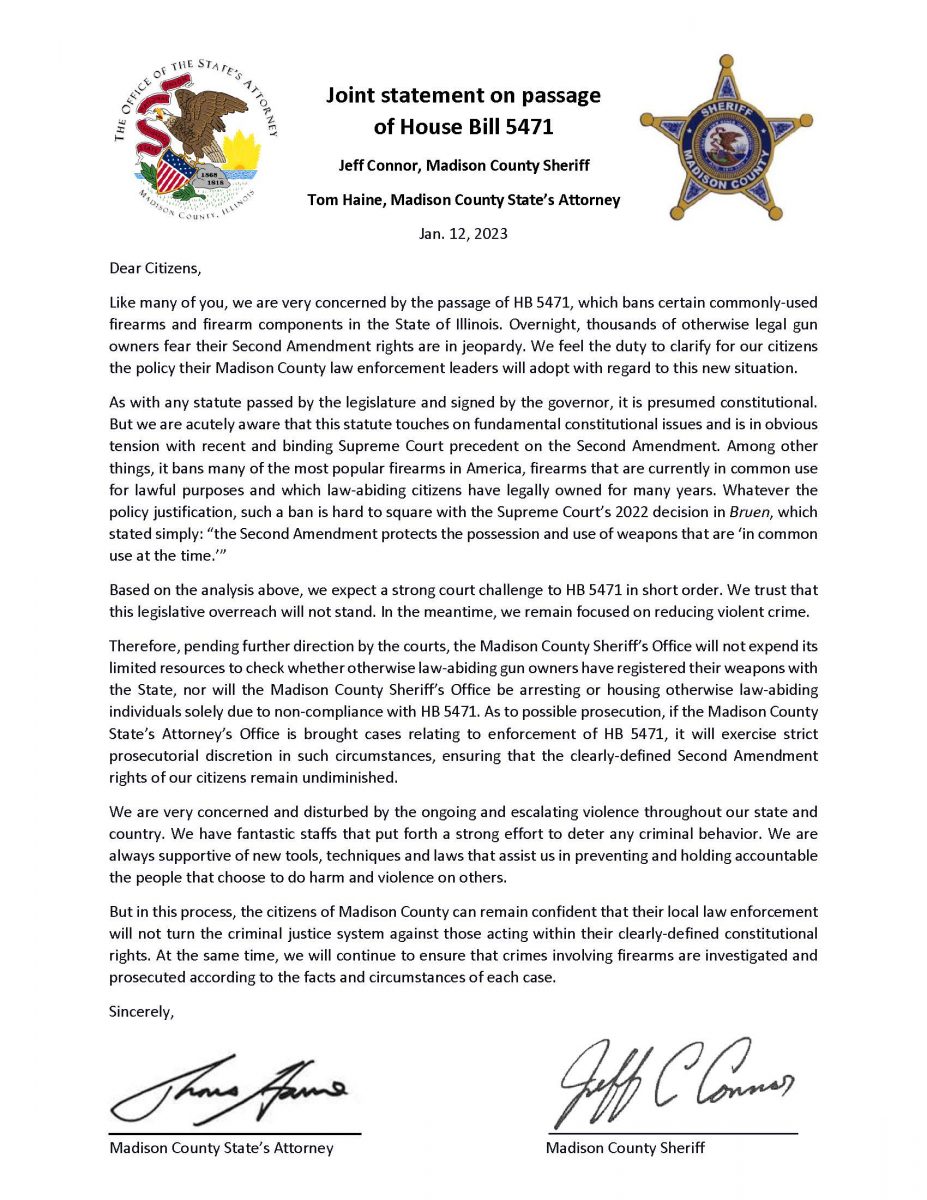