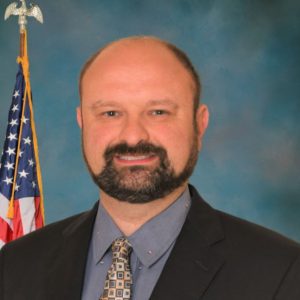 The Illinois Supreme Court has issued a stay on the implementation of the cash bail and pre-trial release provisions of the SAFE-T Act, a move State Representative-Elect Kevin Schmidt says will preserve the integrity of the state’s criminal justice system.

Just recently, 21st Judicial Circuit Chief Judge Thomas Cunnington struck down the cash bail and pre-trial release provisions of the SAFE-T Act, but his ruling only applied to the 65 counties involved in the lawsuit. The Illinois Supreme Court then issued a stay statewide to give the courts time to sort through the legal ramifications of Cunnington’s ruling. The Supreme Court decision means the cash bail and pre-trial provisions will not be enforced in St. Clair County even though the County was not part of the lawsuit.

“It is my hope Judge Cunnington’s ruling will stand, but even if the Illinois Supreme Court ultimately does overturn the Circuit Court decision, we all can agree the enforcement of the SAFE-T Act should be delayed,” Schmidt said. “Having the full implementation of the SAFE-T Act in some counties but not in others would create a two-tiered criminal justice system that would create a crisis in our criminal justice system. The Illinois Supreme Court acted correctly by issuing the stay.”

According to Cunnington’s ruling, the SAFE-T Act violates the Separation of Powers clause of the Constitution and also violates the Victim Rights Act and makes unconstitutional changes to the bail provisions in Article 1 Section 9 of the Illinois Constitution.