As 2022 came to a close, Justine Petersen recognized 25 individuals who made significant and transformational contributions to their mission’s 25-year trajectory. The distinguished list includes individuals near and far who have teamed with JP to catapult our collective mission in equally innovative, trailblazing and just ways. Justine Petersen has inducted the following into their 25th Anniversary Hall of Fame (in alphabetical order): 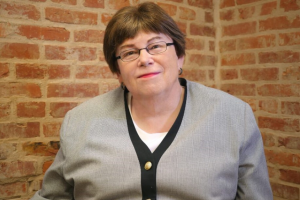 JP also announced the year-end retirement of Linda Clark, who had served as Justine PETERSEN’s controller for nearly nine years.  A CPA, Clark provided oversight for all financial aspects of Justine PETERSEN. Prior to joining JP, Clark kept the books for the Emerson Park Community Development Corporation in East St. Louis, an early JP partner in the Metro East. She completed her MBA, with a concentration of Finance and International Business, through American University in Washington D.C. During her time in D.C., she worked at the World Bank. Clark also has a Bachelor of Science in Education and Business Administration with a concentration in Accounting. She has over 20 years of financial leadership experience in the not-for-profit arena.