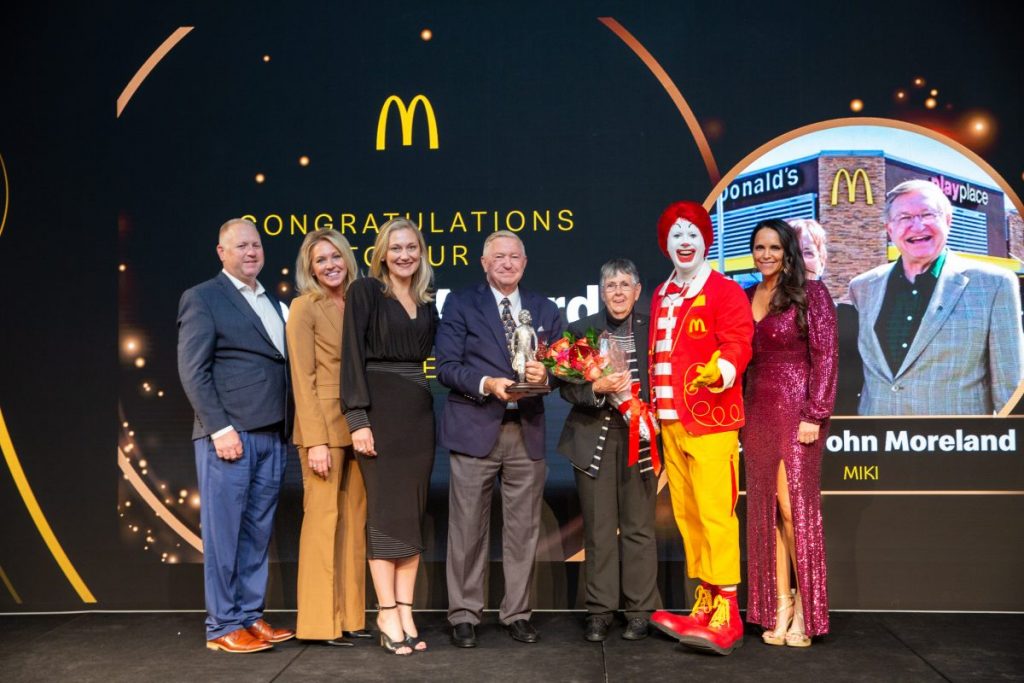 Southern Illinois McDonald’s Operators John and Mary Moreland were recognized with the prestigious Ronald Award during a recent McDonald’s gathering in Las Vegas. The Ronald Award recognized the top 1 percent of McDonald’s owners/operators nationwide who have made exceptional contributions to McDonald’s, their local communities, and their guests. This honor is especially impressive, as the pair is one of only a handful of operators to ever receive the award twice.

The Morelands have served the McDonald’s community for more than 56 years. John Moreland is an Air Force Veteran who served from 1963 to 1967.  While in the Air Force in Austin, Texas, he worked his first shift under the Golden Arches in 1966 at one of just two McDonald’s locations in all of Texas at the time.

With experience in nearly every facet of the business, John Moreland was officially approved as an owner/operator, and in 1980, he and Mary, his wife and fellow owner/operator, landed in Southern Illinois where they built their first McDonald’s restaurant in West Frankfort. In 1981, the pair received the Ronald Award for the first time and Mary gained her approval as an official McDonald’s operator in 1995.

Mary Moreland has been a community activist for years, including serving on the West Frankfort school board for 20 years and coaching golf there for 21 years. She was inducted into the Frankfort Community High School Athletics Hall of Fame in 2017 and has served as a trustee on the Southern Illinois Healthcare Foundation board.

In addition to a growing business, John and Mary Moreland had a growing family. Their daughter, Stephanie, and son, Michael grew up with their parents as role models both at home and at the restaurant. After exploring their own paths through college and careers, both children returned to the family business and completed the rigorous “Next Generation” program for children of current owners/operators. Together, the family runs 21 McDonald’s restaurants across Southern Illinois.