From The Center Square 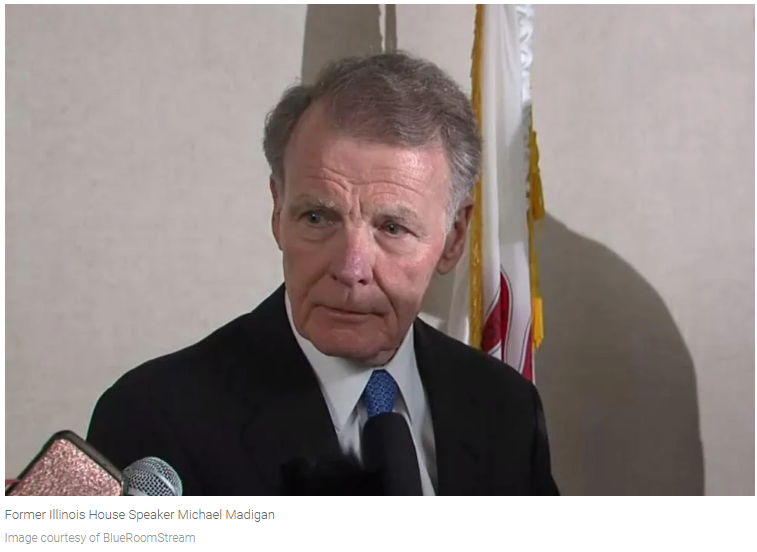 Paul La Schiazza, 65, entered the plea one week after federal prosecutors unsealed an indictment charging him with one count of conspiracy and one count of corruptly awarding a public official.

According to prosecutors, AT&T Illinois admitted that in 2017 it arranged for a Madigan associate to receive $22,500 in payments from the company, but the associate performed no actual work.

“AT&T Illinois caused the payments to be made through an intermediary – a lobbying firm that performed services for AT&T Illinois – to conceal the true nature of the payments, which was to influence and reward Madigan’s efforts as Speaker to assist the company with respect to certain legislation,” the indictment alleges. “Although the members of the conspiracy formulated a pretextual assignment for Madigan’s ally to disguise why the ally was being paid, the ally performed no actual work for AT&T Illinois and had no role in advancing the legislation, the indictment states.”

La Schiazza is charged with one count of conspiracy, one count of corruptly giving something of value to reward a public official, and three counts of using a facility in interstate commerce to promote unlawful activity.

Madigan, who already faced 22 federal corruption counts in a case prosecutors say was a nearly decade long criminal enterprise between utility ComEd and Madigan and associates using official positions for personal gain, was also charged with an additional count related to the AT&T Illinois case.

Prosecutors charged Madigan last week with corruptly arranging payments to be made to a political ally as part of an alleged conspiracy involving Illinois Bell Telephone Company, which does business as AT&T Illinois.

AT&T Illinois has agreed to pay a $23 million fine for trying to sway Madigan.