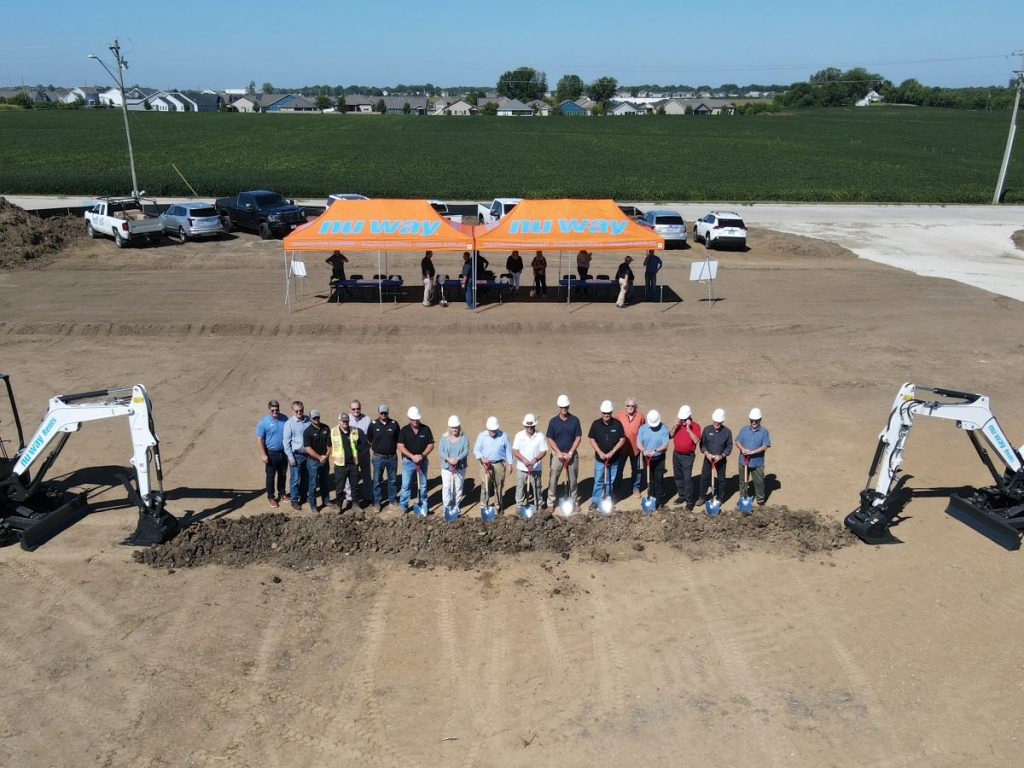 Record demand for reinforcing steel known widely as rebar is prompting a large expansion for the Nu Way Companies in Troy, one of the largest construction material and equipment suppliers in Metro St. Louis. Contegra Construction is building a 35,000-square-foot fabrication facility for the 67-year-old, family-owned, business in Troy, Ill.

NuWay FAB, a newly formed division, will occupy the new facility, which will feature three overhead cranes. It will more than quadruple Nu Way’s rebar production tonnage which this year is at a record 3,100 tons and counting. The new state-of-the-art facility will be completed in spring 2023.

“E-commerce-driven warehouse construction coupled with a surge in infrastructure spending has created soaring demand for rebar, a critical element for tilt-up and road construction,” said Greg Rhomberg, president and COO, Nu Way. “On top of that healthcare, schools and other concrete projects are also driving demand for reinforcing rebar.” Rhomberg, the third-generation leader of the company, anticipates increasing production to 15,000 tons of rebar annually for the Troy location when the new fabrication facility is complete.

Rhomberg said that Nu Way has recently supplied rebar for a number of notable projects including the new MLS Stadium in Downtown St. Louis, Phillips 66 Wood River Refinery in Roxana, Ill., the Springfield Public School District in Springfield, Ill., and numerous expansions for the region’s largest businesses including AB-InBev and BJC Healthcare. To date, Nu Way has already produced a record 3,100 tons of fabricated rebar this year.

Located at 2454 Formosa Road in Troy, IL, the fabrication facility will customize rebar supplied by steel mills for all types of construction needs. The building will feature a 31,000-square-foot fabrication shop and 4,000 square feet of office space. The office space will feature a conference room for presentations to customers and continuing education for employees. The facility will also have two lunch rooms.

The building will be constructed of tilt-up concrete panels and topped with a TPO roof hosting three rooftop industrial HVAC units. The 21-foot clear height fabrication area will have three bays and will be able to process rebar on 3.5-ton coils and straight lengths up to 60 feet long. Each bay will be served by an overhead crane, including a 16-ton magnetic crane, a 10-ton crane and a five-ton crane. The facility will also have five drive-in doors.

“Contegra has been great at leading the process of planning and building our expansion and has assembled a great team,” said Rhomberg.

Founded in 1955 by brothers Adolph Rhomberg and Arthur Rhomberg, Sr., Nu Way Concrete Forms has grown to become one of the region’s largest construction suppliers, manufacturing, selling, and renting concrete forms, equipment, and accessories. Headquartered in south St. Louis county, Nu Way also has facilities in Jefferson City, Jackson, and Wentzville, Mo. and Troy, Ill., serving all of southern and central Missouri and southwestern and central Illinois. It employs more than 200 people. Learn more at www.nuwayinc.com

Based in Edwardsville, Ill., Contegra is one of the St. Louis area’s largest general contractors and serves a national customer base that includes industrial, institutional, municipal, multi-family, office and retail projects. Its capabilities include building developer- and owner-driven projects and site development. Learn more at www.contegracc.com.

Featured images include the Wednesday, Aug. 31 groundbreaking ceremony in Troy accompanied by a rendering of the new facility (submitted images).