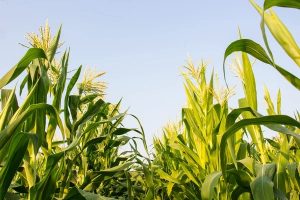 Illinois’ biofuel industry added 307 jobs in 2021, a 4.6% increase from the previous year, according to recently released federal data.

The 2022 United States Energy and Employment Report (USEER), compiled by the U.S. Department of Energy (DOE), found similar growth in the biofuels industry at the national level, which in 2021 added 4,332 jobs.

And that national growth is expected to continue through 2022, with jobs related to renewable diesel fuels anticipated to increase by 6.6%, biodiesel by 5.5% and corn ethanol by 4.5%, the report said.

“Amidst the unique challenges of a nation coming out of a global pandemic, America’s energy sector stands out with considerable job growth across nearly all industries,” Energy Secretary Jennifer Granholm said in a statement.

“DOE’s USEER report shows that jobs critical to our clean energy transition are on the rise and poised for continued expansion thanks to the historic investments from the president’s bipartisan infrastructure law,” Granholm said.

Illinois’ boost in total biofuel jobs over the past year — from 6,712 in 2020 to 7,019 in 2021 — mostly stemmed from a rise in employment (130 jobs added) related to “other biofuels,” which DOE classifies as “other fuel derived directly from living matter.”

And within the state’s overall fuels sector, the agriculture and forestry industry accounted for 3,177 jobs in 2021, a 12% decrease from 2020, the report said.

The increased 2021 employment figures across the state’s biofuel industry, however, largely reflect an ongoing recovery from disruptions and shutdowns caused by the COVID-19 pandemic and supply chain issues.

They also serve as a precursor to facilities expanding their production capacity via millions in federal spending, the implementation of year-round E15 and a 20.63-billion-gallon blending mandate for 2022 under the Renewable Fuel Standard.