Figure does not include family trusts

The campaign released seven pages summarizing the governor’s and first lady MK Pritzker’s returns, which were prepared by Deloitte Tax LLP. It did not release tax returns from trusts benefitting Illinois’ first family, stating in an email only the amount the trusts paid in taxes. 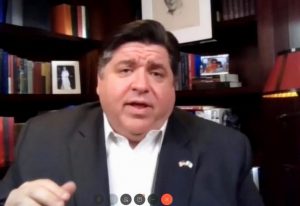 “According to the information provided by the trustees, in 2020, trusts benefitting JB Pritzker paid $16.3 million in Illinois taxes and $69.6 million in federal taxes,” the campaign said in an email.

Other deductions that can be claimed on a Schedule A form include medical and dental expenses, state and local real estate and personal property taxes, mortgage interest paid, casualty and theft losses and more.

The Pritzkers also claimed $83,681 in qualified business income deductions, although the campaign did not release the full 8995 form which outlines those deductions. The tax return summary document also showed the Pritzkers claimed a $142,046 foreign tax credit, although it did not include any corresponding documentation.

That made for a federal taxable income of $2.2 million, on which the Pritzkers paid $529,104 in total federal taxes, according to the partial returns. The Pritzkers paid $230,643 in Illinois taxes at the state’s flat 4.95 percent rate. That was after a $21,702 deduction for income taxes paid in another state.

Forbes estimates Pritzker, who is heir to the Hyatt hotel fortune, to have a net worth of $3.6 billion.

The $5.14 million in total income is up from the previous year, but far below the Pritzkers’ 2017 reported pre-governorship income of approximately $55 million, as reported by the Associated Press at the time.