IWR North America, one of the longest-standing building enclosure contractors in the U.S., promoted Joe Sharamitaro to director of project management. 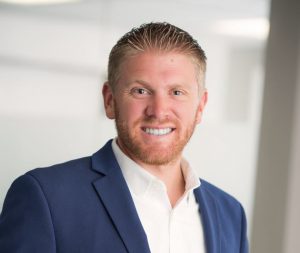 In this role, Sharamitaro will supervise the project management team, while maintaining the departmental structure and goals of IWR. He will ensure projects are executed effectively and efficiently, aligning internal methodologies and processes with the needs of IWR’s projects. Additionally, he will also monitor the quality, safety, cost and schedule standards for all project management operations.

“Having a person like Joe in this role is essential to our long-term plans and goals at IWR,” said Todd Staley, president of IWR North America. “As we continue to grow, we are excited to see how his experience and operational excellence will elevate our project management operations. Joe has been a valuable asset to IWR and that will continue to be the case in his new position.”

Prior to this new role, Sharamitaro has served as a project manager at IWR since 2015. Before joining IWR, he has also worked as a project superintendent, assistant superintendent and project engineer at a nationally recognized general contractor in the St. Louis area for nearly a decade.

Sharamitaro is a graduate from the University of Missouri-Columbia with a bachelor’s degree in civil engineering.

Headquartered in St. Louis, IWR North America is one of the longest-standing contractors in the nation, specializing in building enclosures since 1895. Today, IWR services its clients and communities from multiple locations.