The Alton-based law firm of Simmons Hanly Conroy has secured a $8.2 million verdict against Ford Motor Co. on behalf of Louisiana resident Steven “Joe” Aaron Sr., 66, who was diagnosed over a year ago with mesothelioma, a rare and fatal cancer caused by asbestos exposure.

A gas station and school bus mechanic in the 1960s and 70s, Aaron suffered repeated asbestos exposures to the toxic dust while servicing asbestos-containing brakes and clutches, on vehicles manufactured by Ford. The jury found that Ford failed to warn in negligence and strict liability to Aaron about the dangers of asbestos and awarded $8,261,874.96 in compensatory damages.

“While no amount of money will make up for the loss of Joe’s health and independence, the jury sent a strong message with its verdict,” said Blydenburgh, who served as co-lead attorney during the trial. “This result is fair compensation for the loss he and his family have suffered.”

Aaron worked as a mechanic at Evans Shell service station in West Monroe, where he was exposed to asbestos when he performed thousands of brake and clutch jobs. He also worked as a mechanic for the Ouachita Parish School Board, servicing its fleet of approximately 100 school buses in the 1970s. 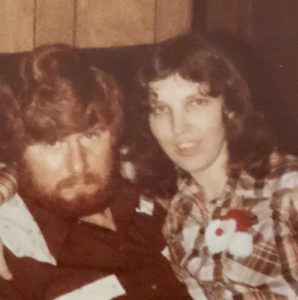 The dangers of asbestos have been known since the early 1900s. Mesothelioma occurs when asbestos fibers become lodged in the lining of a person’s lungs. The cancer has a long latency period and typically takes decades to form. There is currently no cure.

“In his life, Joe made all the right choices, he did everything right to provide for his family,” said Blouin, co-lead attorney during opening statements. “He should be enjoying the reward of those choices, but now he can’t because he’s got a fatal disease called mesothelioma. And the reason why he has mesothelioma is because of the choices made by Ford Motor Company.”

This weekend Joe and his wife, Karen, will celebrate their 50th wedding anniversary. They originally planned to take a vacation but after the diagnosis, plans changed, his wife said.

“When you know this could have been prevented, it makes things just that much harder to bear,” she said. “No one should have to endure the pain of a mesothelioma diagnosis.”

The verdict is the eighth asbestos verdict Simmons Hanly Conroy has won on behalf of mesothelioma patients in the past four years. Aaron’s trial lasted three weeks, and the jury deliberated for an hour.

Aaron currently resides in Louisiana, surrounded by his family.