SPRINGFIELD – The Illinois Senate has passed a bill that would require water utilities to replace lead service lines.

House Bill 3739, known as the Lead Service Line Notification and Replacement Act, would require all water utilities to compile an inventory of all known lead water service lines and submit a plan for removal and replacement of the lines to the Illinois Environmental Protection Agency.

That number accounts for more than one-eighth of all lead service lines still in use in the United States, according to the Illinois Environmental Council. 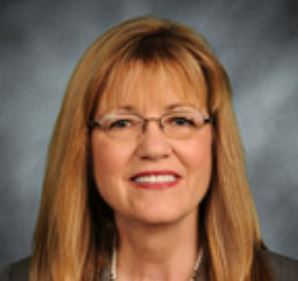 “Illinois children live in a state with the largest number of lead service lines, increasing the risk of neurological and behavioral abnormalities due to lead exposure,” chief Senate sponsor Melinda Bush, D-Grayslake, said during debate on the bill Friday, May 25. “The state of Illinois has a clear mandate to responsibly plan for the replacement of toxic lead service lines.”

Under the bill, water utilities would be required to submit an initial plan for lead service line replacement by April 15, 2024, with a final plan due to IEPA by April 15, 2027.

The bill allows water utilities to apply for extensions to the deadlines, if needed. The bill would also establish a state-run grant program to assist in minimizing the costs of lead line replacement.

Bush (shown) said the long deadlines allow for communities to plan funding for the removal and replacement projects, which Republicans raised as a major concern to the legislation.

Bush responded the state is prepared to receive federal funding to assist in minimizing the cost of lead service line removal, which she said is estimated to cost near $5 billion.

She added a total of more than $45 billion in proposed funding for lead service line replacement is moving through Congress, and that the state would also explore using funding made available through the federal coronavirus relief packages.

Sen. Sue Rezin, R-Morris, said she was also concerned that most of the federal funding would be directed to large cities in northern Illinois.

“My fear is that for the smaller communities that many of us represent, …that what we have here could be a huge problem for them to be able to invest and improve their infrastructure,” Rezin said.

Bush said the state would continue to explore ways to support smaller communities, including by setting up grant and support programs through the Department of Commerce and Economic Opportunity.

“I think that the plan gives them enough time, and I believe that those dollars will be there,” Bush said.

The bill also establishes a Lead Service Line Replacement Advisory Board under the IEPA which would be responsible for advising the agency on best practices for lead service line replacement and reviewing performance of lead line removal.

The bill passed the Senate 46-10, and will head back to the House, which must decide whether to accept an amendment made by the Senate. It previously passed the House 76-31.