The owners of Ravanelli’s Restaurant have closed their location in Granite City after nearly 60 years in business.

A second location, recently remodeled in Collinsville, will remain open.

Owners Terry Ravanelli and Steve Edwards announced the decision on Facebook on Wednesday. 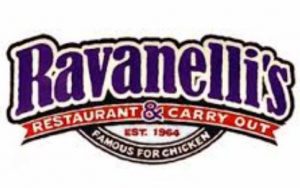 The owners said the lease was coming up on the restaurant, located at 3 American Village.

“We were originally planning on turning the restaurant over to three of our key managers, and let them be the new owners and take Ravanelli’s to the next level. However, with the pandemic they decided they were no longer comfortable taking over the restaurant,” the post said.

Owners added: “We want to thank all of our loyal customers, and employees over the last 60 years. The Collinsville location will remain open.”

The restaurant is known for its sandwiches, pizza and family recipe fried chicken.