SPRINGFIELD — The U.S. Supreme Court rejected a case Monday that sought to compel public employee unions to reimburse nonmember employees for mandatory fees which the court ruled as unconstitutional in 2018.

Under a previous court precedent from a 1977 case, nonmembers could not be forced to fund a union’s political or ideological activities through fair share fees, but nonmembers could be required to pay to support the union for universally beneficial activities, such as collective bargaining.

The 2018 decision means that public unions, such as AFSCME Council 31, can no longer collect fees from public employees who are not union members. 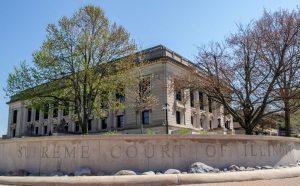 Janus petitioned the U.S. Supreme Court last year, asking the court to decide whether he and other nonmembers are entitled to receive back pay in the form of the fees they paid to AFSCME.

His petition to the U.S. Supreme Court came after his case demanding back pay was dismissed in a federal district court and federal appeals court. Both the federal and appeals courts ruled that the unions did not owe back pay because they were acting in “good faith” when they charged nonmember fees, since those fees were constitutional at the time under federal and state law.

Jeffrey Schwab, a senior attorney at the Liberty Justice Center and one of Janus’ lawyers, said in a written statement that his organization is disappointed that the Supreme Court decided not to take up the issue at this time.

“We are continuing to fight for back fees for government employees who paid money to unions against their will,” Schwab said.

Anders Lindall, a spokesperson for AFSCME 31, said in an email that the Supreme Court’s refusal to hear the second lawsuit and related cases is a win for working people and their unions, and a loss for corporate interests.

“Despite the efforts of anti-worker groups to weaken workers’ voice through incessant litigation, courts have repeatedly ruled in these cases that unions acted in good faith and followed the law in setting fees for representation provided to nonmembers prior to the (Janus v AFSCME 31) decision,” Lindall said in the email.

Since the “Janus” opinion was issued in June 2018, the Illinois General Assembly has attempted to limit the decision’s impact on state public unions through legislation.

Last year, the General Assembly passed, and the governor signed into law, a measure that seeks to protect labor unions from being held liable for dues paid by nonmembers before the 1977 precedent was struck down by “Janus.”

The law explicitly states that public employers and labor unions cannot be held liable for past union fees. It also tries to preempt lawsuits, like the latest one filed by Janus, by declaring that nonmember employees don’t have standing to sue for reimbursement of those fees.

Prenzler, pastor back arming security for MetroLink after fatal shooting 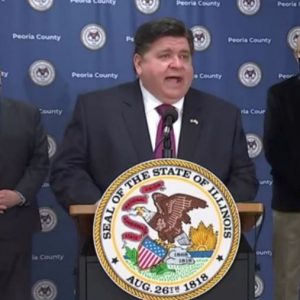