SPRINGFIELD – Richard Ingram, the long-serving executive director of the Illinois Teachers’ Retirement System, resigned from that position this week after being placed on administrative leave. 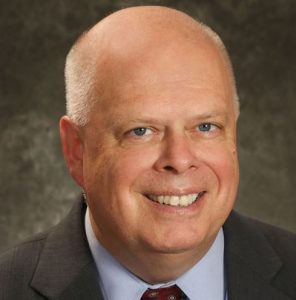 In a brief statement Thursday, the TRS Board of Trustees said it voted unanimously on Friday, July 31, to place Ingram on administrative leave “due to performance issues covered by his employment contract.” He then resigned on Monday, effective immediately.

Stan Rupnik, chief investment officer at TRS, has been named interim director. The board said it will “conduct a thoughtful, thorough and vigorous national search” for a permanent director.

TRS did not immediately provide a copy of Ingram’s contract, which Capitol News Illinois requested under the state’s Freedom of Information Act. According to the state comptroller’s office, he had been receiving a salary of $283,250 per year.

Ingram began his career at TRS in January 2011. Before that, according to his LinkedIn page, he was executive director of the New Hampshire Retirement System.

TRS manages retirement, disability and survivor benefits for more than 434,000 members, including teachers, administrators and other public school employees in Illinois outside of Chicago Public Schools.

With $51.2 billion of assets under management, it ranks as the 37th largest pension system in the United States.

As of December 2019, however, TRS reported it was only 40-percent funded and it carried an “unfunded actuarial liability” of roughly $78 billion. That’s the current deficit between the system’s assets and expected future earnings against the pension obligations it has already accrued.