In an ongoing effort to improve collegial and community relationships, an honest look at the past is needed, according to Bryan Jack, PhD, associate professor in Southern Illinois University Edwardsville’s Department of Historical Studies.

Jack led the effort of SIUE becoming one of the newest schools, and the first in Illinois, to join the University of Virginia’s growing international Universities Studying Slavery (USS) consortium.

“The USS consortium provides opportunities to work together to address both historical and contemporary issues dealing with race and inequality in higher education and in university communities, as well as the complicated legacies of slavery in modern American society,” said Jack, USS program coordinator. “At SIUE, we can both learn from what other institutions are doing and contribute to the consortium. Additionally, the USS mission fits well within the framework of the Truth, Racial Healing, and Transformation (TRHT) work that SIUE is already doing.”

The University of Virginia started USS in 2013 as an effort to delve into its history relating to slavery, and in hopes of partnering with other universities and colleges to address racial disparities. In Jack’s work with TRHT, he learned of the USS, and informed Jessica Harris, PhD, interim assistant provost and associate professor in the Department of Historical Studies. Jack and Harris presented the partnership proposal to the Offices of the Chancellor and Provost, and SIUE came on board in February as USS’s 59th school.

“One of the powerful things about USS, is that there is not one template for how it works,” said Jack. “It is tailored to each individual institution, which then collaborates and shares best practices. Some universities have put together presidential commissions to study the impact of slavery at their campuses, some have housed this work in specific centers, others have housed it in their offices of diversity and inclusion, while other institutions have focused more on work with community groups.

“At institutions like The Citadel, The University of Virginia, Georgetown University and others, where slavery was not only historically existent on their campuses, but also was integral to the early success of the universities, much of the work has been inward-looking. The first step was acknowledgement of their respective university’s role in perpetuating enslavement of human beings.”

SIUE, being founded nearly 100 years after slavery, is in a different position. 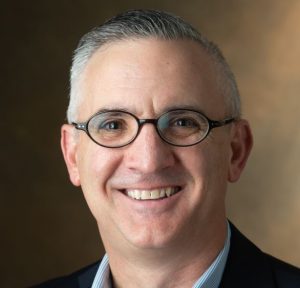 “At SIUE, we will focus on the role slavery played in our region (and on the land that became the SIUE campus) before the founding of our University,” added Jack. “We will specifically focus on the historical legacies of slavery and racial inequality in our region.”

Jack is organizing a group that will map out a direction for the program, which will be under the umbrella of the TRHT. Also involved in forming SIUE’s USS is Robert Paulett, PhD, associate professor in the Department of Historical Studies.

“Chattel slavery might be long past, but the effects of slavery are long-lasting and still affect today’s world,” said Jack. “Chattel, race-based slavery existed in the United States and its antecedents for 246 years, while emancipation happened 155 years ago. When we consider that legal Jim Crow segregation existed for approximately 100 years after slavery, we are not talking about ancient history. We are talking about legally-codified racial inequality that existed within the lifetimes of people who are still alive today. Not to mention the de facto racism that is still occurring.