By its very nature, international trade is subject to understanding the needs of other countries, and now, perhaps for the first time ever, every country is wanting the same thing — a sense of calm.

“I’d like to get back to normal,” said Collinsville businessman Craig Eversmann. “Get up, go to work in the morning and maybe have some fun along the way.”

His somber tone is no different than most company heads these days. He ships his company’s products around the globe. And, as world events have cascaded in recent weeks, it’s almost impossible to predict what’s going to become of the trading marketplace — or his customers.

Eversmann is owner of MSSC, LLC, and president of Southwest Illinois Trade & Investment Council, an organization that has spent the last few years working in concert with the Illinois SBDC International Trade Center at Southern Illinois University Edwardsville to build local business by establishing markets for trade internationally and here at home. 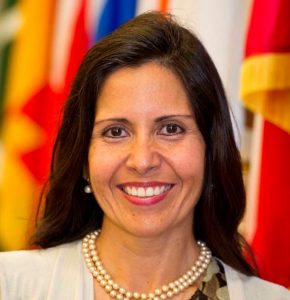 The team met for a roundtable in March to discuss the results of a recent survey of local businesses to determine where those companies are wanting to do business and what their most immediate needs are. Predictably, attendees expressed concern about the world situation but they all essentially agreed they were in it for the long haul when it came to international business. The survey was done prior to the pandemic.

“The short-term discussion was everybody kibitzing about not being able to travel. But on the flip side we agreed the needs, wants and desires are still there,” Eversmann said. “We had good input on countries of desire, and where we believe opportunities lie, but, unfortunately, it kind of grew into ‘what we do now’ given today’s current state of affairs.” 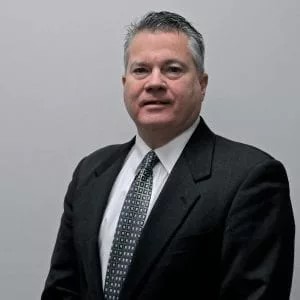 Actual trade missions appear unlikely for the foreseeable future. They might, however, be replaced with virtual ones, said Silvia Torres Bowman, director of the Illinois SBDC International Trade Center.

“God bless video conferencing and technology because I think that’s where we are going to push forward,” she said.

Bowman has begun communicating with others in international trade circles about how they will be handling the situation, even checking how companies might still make use of iSTEP funding, which the state uses to help finance several, annual foreign trade trips for small businesses, typically on the condition of physically traveling.

Bowman has been working with a company from Olney, Ill., that is now considering a “virtual mission” alternative. She would be working with partners in Chile and Brazil to see what can be done.

“We’ll take this opportunity and make other companies aware that this can be done. That may not happen in the short term – it may not happen this year,” she said. “We have terrific partners all over. There is no question in my mind that we can use this as a really good opportunity.”

The recent survey reflected continued interest and commitment from manufacturers. Around 72 percent support the idea of a trade mission in general, she said.

According to the survey, the top target markets for Southwestern Illinois exports are: Mexico, Canada, South America and Europe.

Theoretically, those markets will still be there once the crisis has lifted.

Still, things are shutting down at the moment.  Trade trips that a number of area companies had planned to go to have been called off — some of them until next year.

“We were getting ready to go to the craft brew show down in San Antonio, Texas, and that got canceled for the whole year,” said Eversmann, whose company does extensive work for the craft brew packaging industry.

So how would a virtual mission be pulled together? Much the same way that current missions are done, with plenty of advance work by partners on either end of a video hookup or a telephone line.

The Zoom app, much like Skype, is used for videoconferencing at SIUE, she said.

“If the client moves forward, they will do the preparation with the partners. The partners would do the same prep work as if the company were to travel. They’ll provide prescreened candidates until they come up with a good list of prospects. If the Illinois companies agree, the partners will reach out to the prospects, measure their interest and a virtual agenda will be prepared,” Bowman said.

Conference calls, even with two or three countries at the same time, can be made to “work beautifully,” she said.

“I think the challenge is going to be making a lot of companies confident with the option.”

Plenty is at stake. In 2019, Illinois did $59.92 billion in export business, with machinery, chemicals and computers and electronics the top goods.

Brazil, for example, has a crying need for imported medical supplies and had that even before the current pandemic.

According to the survey, Southwestern Illinois manufacturers are in need of training and education and market research, which is ongoing and available through the ITC.

Eversmann said “marketing intel and the matchmaking that occurs” led to his finding a new distributor in Peru and in Chile just this past year.

He believes that the trade economy that emerges after the current threat will be more than ever attuned to technology, using resources like 3D printing and other platforms to begin making new products and services. Companies will become more agile, more responsive and more resourceful.

“You get that when your supply chain is a little more local and your company is a little more vertically integrated,” he said. “We’re fortunate that most of our product is actually sourced in the U.S.”

And Bowman foresees development of even more networks and partners that can help clients like those she serves at the Illinois SBDC International Trade Center.

“I cannot stop being positive,” she said. “For the last couple weeks, I’ve been communicating with partners all over the world. They are providing me updates about what’s happening in their countries, telling me what their needs are and how we can collaborate. Some of that we can provide, virtually, to them. That’s going to be the key, for the betterment of all of us, our manufacturers, our clients, the economic development of our area. We are going to need the world … we are going to need each other.”

Last year, the trade center assisted in $39.3 million in export sales and counseled more than 200 clients. Those clients participated in 10 trade shows and missions to Canada, Mexico, Europe, Asia and South America.

Editor’s note: This story appeared in our April print edition. See more by clicking on the Current Edition link at ibjonline.com