Gov. J.B. Pritzker speaks Thursday during a news conference at the Capitol in Springfield about the General Assembly’s passage of legislation to consolidate 649 downstate police and firefighter pensions into two unified systems. The bill was the byproduct of a task force that Pritzker appointed in February. (Capitol News Illinois photo by Jerry Nowicki)

“The first was in 1947, fully 18 years before I was born,” Pritzker said during a news conference moments after the Senate passed the bill. “That year, the Commission on Public Employees Pensions issued a report that said, ‘In no phase of the pension problem is there such emphatic agreement on the necessity for corrective legislation as in the field of downstate policemen and firemen funds.’”

That year, a bill was introduced to consolidate what were then 133 suburban and downstate pension funds, but it never came out of committee, Pritzker said.

In the years that passed, the number of pension funds swelled to 649, and their financial problems have ballooned as well.

But supporters of Senate Bill 1300, the legislation now headed to Pritzker’s desk, say the consolidation of those funds into just two – one for police officers and one for firefighters – will go a long way toward putting the funds on a path to stability and relieve pressure on local governments throughout the state to raise property taxes to fund those pension systems.

“This bill does all that,” Rep. Jay Hoffman, D-Swansea, said during the news conference. “At the same time it makes sure that there still is local control over the determination of disability and the determination of benefits. That’s why I think it’s a win-win-win for everybody.”

“I am very happy that we are moving forward and one of the things you keep hearing from our taxpayers is, ‘How are you going to help us? We’re being crushed by property taxes.’ This will help ease some of that burden,” she said.

The bill passed the House on Wednesday, 96-14. The final vote in the Senate to concur in amendments the House made to a Senate bill was 42-12.

Although it had bipartisan support, many Republicans, including some who voted for the bill, said they opposed a provision that retroactively enhances benefits for so-called “Tier 2” employees, those hired after Jan. 1, 2011, when the state implemented new retirement systems with substantially lower benefits.
Several pension experts, however, have said that was necessary because many of those positions are not covered by Social Security. That’s allowed in some circumstances under federal law known as a “safe harbor” provision, but only if the benefits those workers receive are at least as generous as what Social Security would pay.

“Remember, the employers and the employees were in the room, working it out with one another, and they did a good job of addressing it,” Pritzker said. “I’m pleased they addressed two major issues. But let’s be clear here. The cost of addressing the Tier 2 problem is relatively small compared to the significant reduction in fees and improved returns that these pension funds will realize.”

The bill was the byproduct of a task force that Pritzker appointed in February. With passage of the consolidation bill, however, Pritzker said the task force’s work is still not done. He said in the coming months, it will continue meeting to work on recommendations for stabilizing city of Chicago pension funds and other statewide pension funds.

The Hett announces its 2021-2022 season at McKendree University 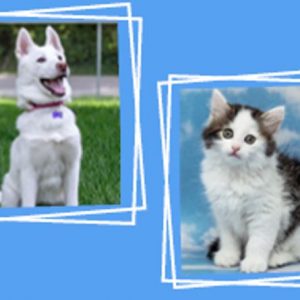