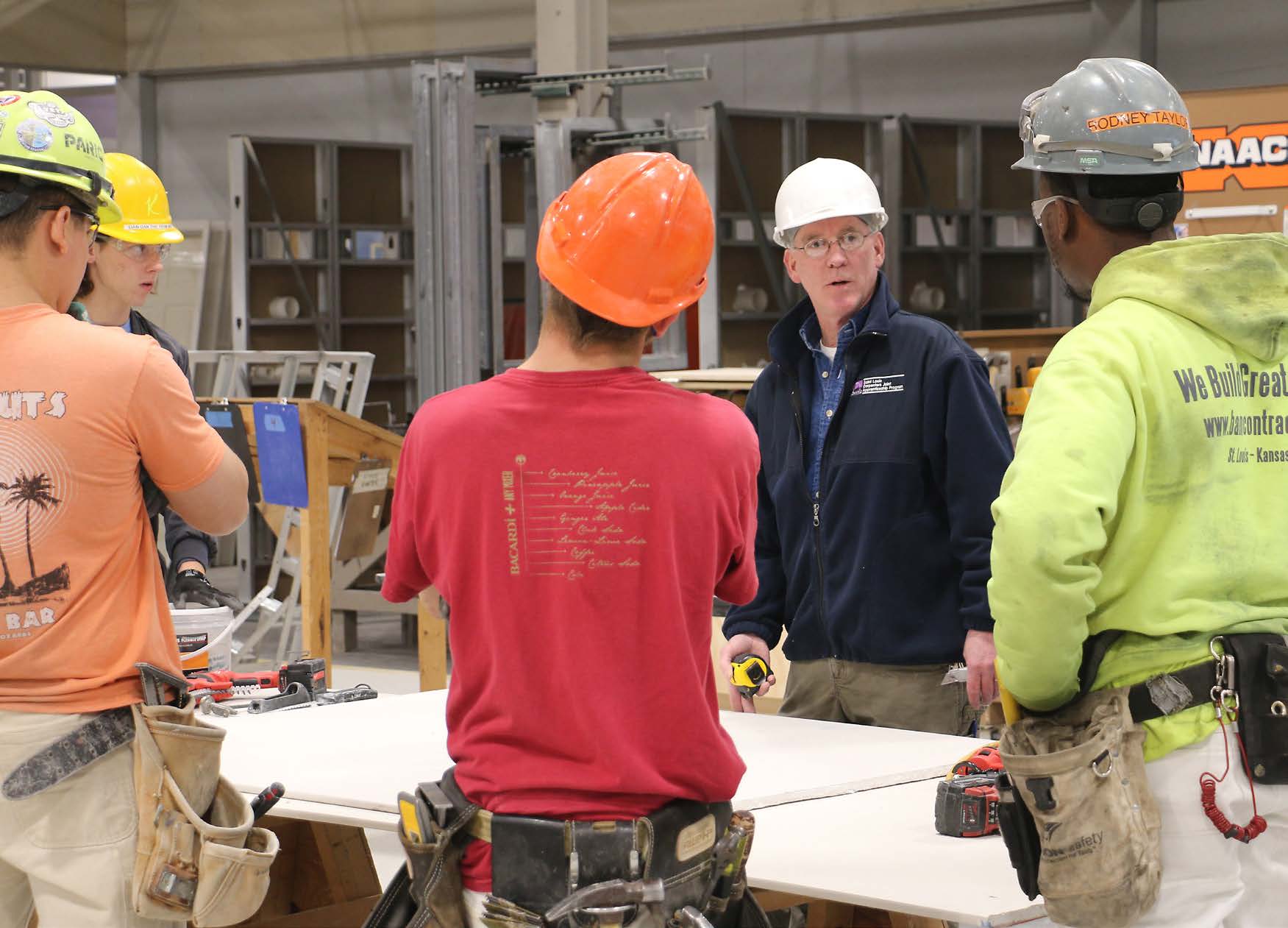 By ALAN J. ORTBALS
The Great Recession hit the carpenters union hard, according to Al Bond, Jr., executive secretary-treasurer of the St. Louis-Kansas City Carpenters Regional Council headquartered in St. Louis.
“We were in a recession for about seven years,” Bond said. “Construction is one of the first things to get hit when the economy goes down and it’s the last to get restarted. Companies don’t invest in construction until after they’re back up, prospering again and ready to expand.”
“We lost two generations of apprentices,” Bond added. “Journeyman carpenters had to go other places to find jobs.”
Bond said that the union had to redouble its efforts to attract and train apprentices in the wake of the Great Recession and they are making some headway in that regard. The union operates nine training centers throughout its jurisdiction which ranges from Southern Illinois to the Colorado border. There are currently 2,500 apprentices working throughout the council’s jurisdiction with 200 in the Belleville training center.
“We spend about $11 million a year on training,” Bond said. “It’s paid for by our joint management/labor community apprenticeship committee. There are no tax dollars involved. It’s strictly the carpenters and the contractors who donate to keep this training fund going.”
It’s easy to get started, Bond said. Interested individuals only need to come in to one of the council’s offices or schools, fill out an application and take a drug test. The union office maintains a list of contractors who are looking for apprentices and can connect the applicant with potential employers. If they get a letter of intent from a contractor, they’re enrolled in the four-year apprenticeship program. They earn while they learn starting at about half the wage of a journeyman plus benefits, increasing their pay as they progress through the program. They spend one week a quarter at the training facility taking classes from 7 a.m. to 3:30 p.m. When they complete the program, Bond said, they’re just a few hours short of an Associate’s Degree in Construction Management.
One of the problems the union is having with the apprenticeship program, however, is attracting recent high school graduates.
“The average age of our apprentices went from about 20 to 28,” Bond said. “We have a lot of guys with bachelor’s degrees who came out of college with debt. They were looking at jobs with low wages and minimal benefits, if any. And that’s with a bachelor’s degree.”
To counteract that, the union has been going to career days at high schools, talking to students, parents, teachers and guidance counselors.
“Not everybody is cut out for college,” Bond said. “But a lot of people can develop other skills. You can get into an apprenticeship program right out of high school. Get paid while you learn; get health insurance and start building a retirement all while you’re moving through a four-year apprenticeship. No cost to you. And you are already making a living.”
“Training is our lifeblood,” Bond added, “because we have to be competitive. We have to be safe; we have to be skilled; and we have to be productive. So we have state of the art training centers across our council.”
Many school districts have dropped technical education because of lack of funds so the United Brotherhood of Carpenters has developed a curriculum for high school students interested in entering the trade. It’s a two-year elective called Career Connection that some districts are offering to juniors and seniors and it’s certified by the Department of Education. The goal is to give students an opportunity to see if the carpenter craft is something that they would want to pursue.
Unlike other skilled trades, the carpenter craft is quite varied, according to Bond. The St. Louis area is the only place in the country where the majority of homebuilding is done by union carpenters, Bond said. But carpenters also do commercial work, concrete, millwright work, metal and more. And starting out as a carpenter can lead to other things.
“A lot of these guys end up owning their own business or they go to work for large contractors in leadership positions. There are just so many options when you have a skilled trade behind you.”