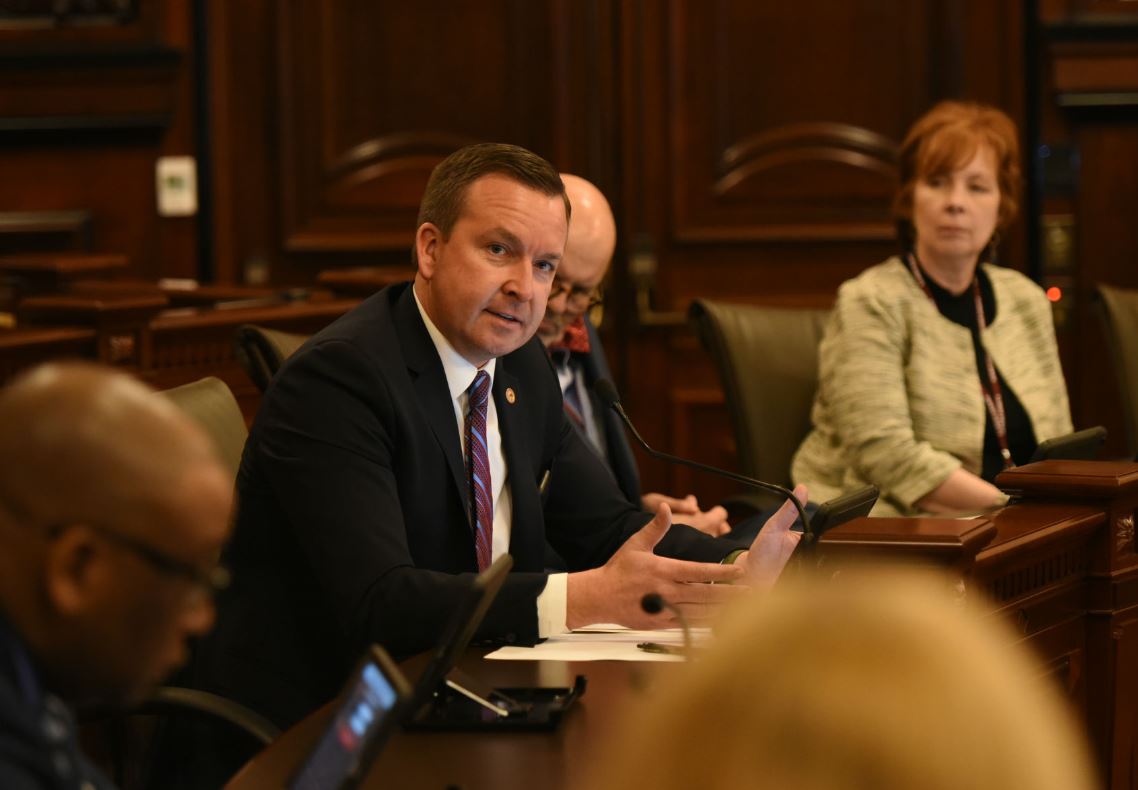 An effort to update Illinois’ minimum mandated salary for teachers – one that could attract more young people to the profession by sending a message that their work is valued – was approved by an Illinois Senate committee Tuesday.

Illinois has not updated its minimum mandated salary for teachers since 1980. For 38 years, state statute has required Illinois school districts to pay teachers with a bachelor’s degree a minimum salary of $10,000 ($9,000 for those without a bachelor’s degree). Based on decades of inflation, the minimum mandated salary today should be about $32,000.

“This is where the rubber meets the road. Do we want to attract talented young teachers to Illinois, or do we want to watch them put down professional roots in other states?” Manar (D-Bunker Hill) said. “A $10,000 minimum wage set in statute absolutely sends the wrong message about the value we place on the teaching profession in Illinois.”

Under the measure, the state would update the minimum mandated salary for teachers annually over four years, beginning with the 2020-2021 school year. After that, subject to review by the General Assembly, it would be increased according to the Consumer Price Index. The phase-in would look like this under the proposal:

“This proposal acknowledges that if we want the best and brightest young people to join the teaching ranks in Illinois, we have to give them some level of guarantee that they’re going to earn a decent wage and be able to support their families,” Manar said. “This update to state law is long, long overdue.”