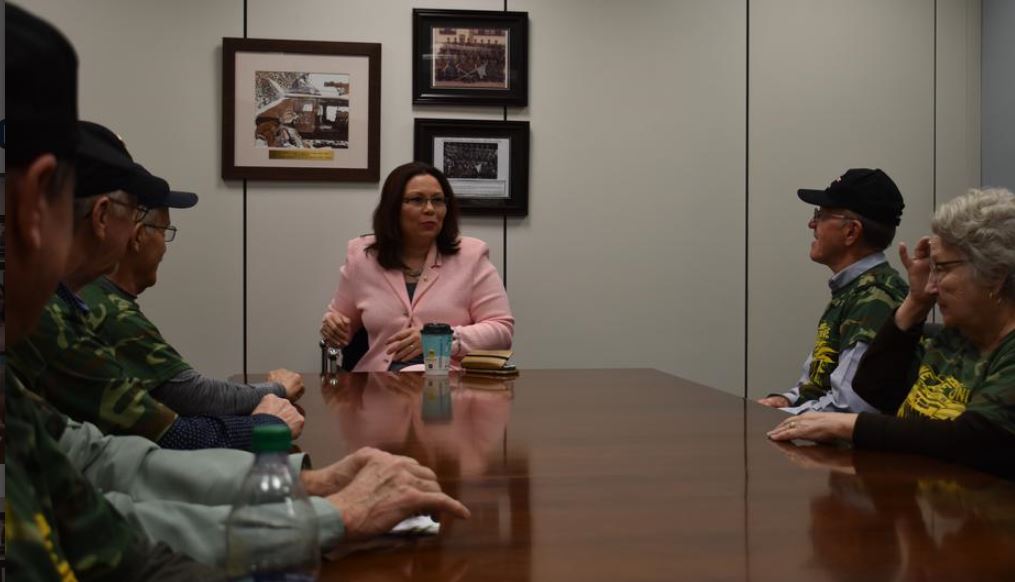 “Our mineworkers worked hard every day in difficult and sometimes dangerous conditions because they wanted to provide a good life for their families and they knew that when they were no longer able to work, their pensions would be there for them,” said  Duckworth. “Now, their pensions are at risk through no fault of their own. Congress needs to fix this crisis immediately and protect the pensions these workers were promised.”

The mineworkers, who are retired members of the United Mine Workers of America, traveled to Capitol Hill on Tuesday to ask Congress to help save the UMWA 1974 Pension Plan, which provides monthly benefits to retired miners, to miners who are disabled as a result of workplace injury, and to their surviving spouses.

The pension plan provides benefits to roughly 91,000 retirees and, in 2015, Illinois retirees received $64 million in pension payments from the plan. However, because of the 2008 financial crisis and the surge of bankruptcies in the coal industry, the plan is no longer on sound financial footing through no fault of the workers who paid into it for decades.

In the Senate, Duckworth has been an advocate for addressing the miners’ pension crisis and has cosponsored long-term solutions like the Miners Pension Protection Act, which would protect miners’ pensions and secure retirees’ health care benefits in the event their employer goes bankrupt or insolvent, and the Butch-Lewis Act, which would protect multi-employer pension plans without cutting a single cent that retirees have earned.