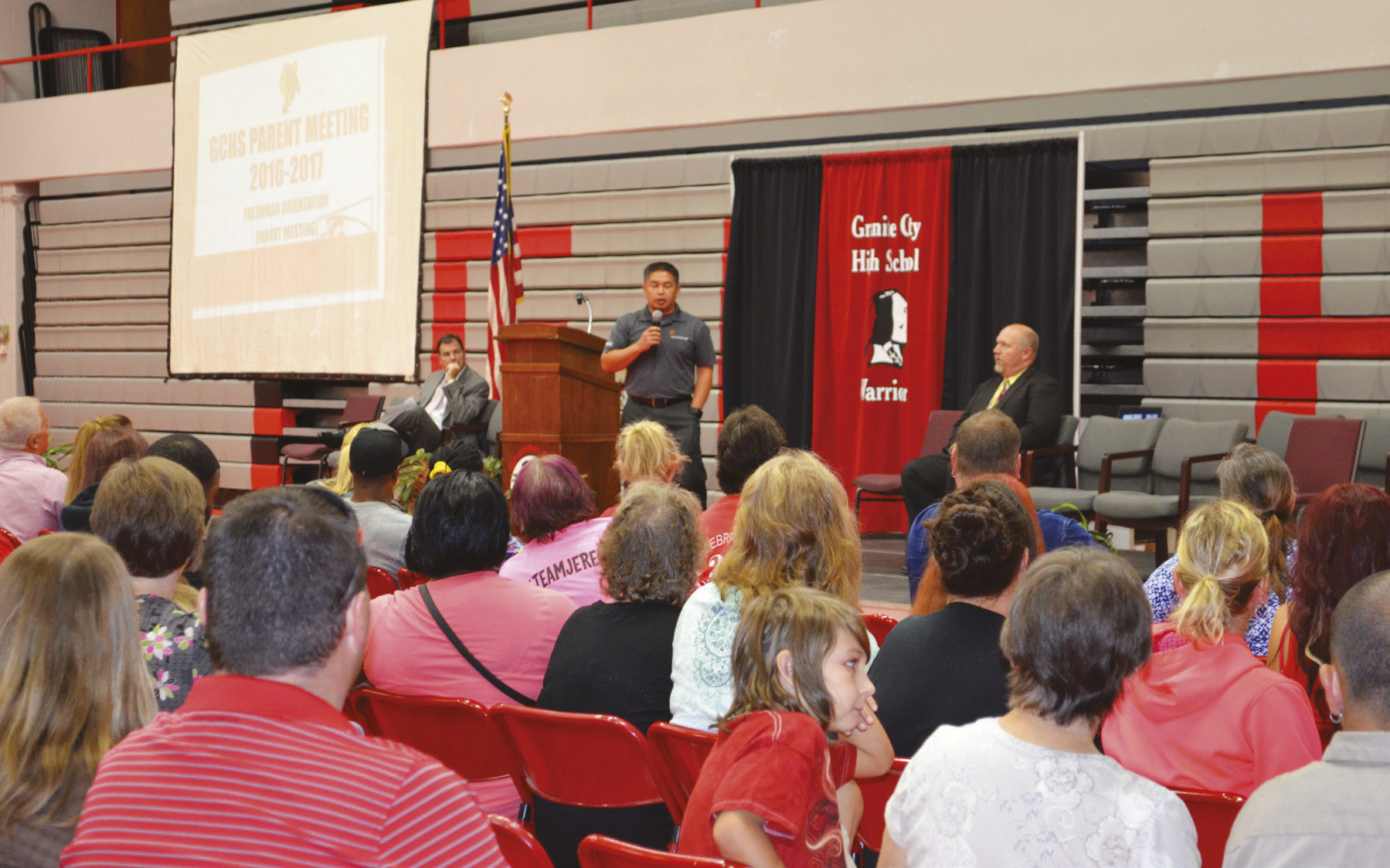 By ALAN J. ORTBALS
Over the last two years, representatives of the Leadership Council Southwestern Illinois have spoken to more than 12,000 students, parents and teachers regarding STEM education and employment opportunities.
Ronda Sauget, executive director of the council, said one of the first things she did when she began the job was to go out and talk to business owners.
“I learned that there were a lot of companies that needed people in technical fields in order to maintain their current levels of operation, expand their workforces and boost their production,” Sauget said. “That was the genesis of our ‘Manufacture Your Future/Craft Your Future/Cyber Your Future’ campaign.”
That campaign was developed in conjunction with the Madison-Bond and Mid-America Workforce Investment Boards, the Southern Illinois Builders Association and the building trades. The plan was to go out and talk to students in Southwestern Illinois high schools about careers in these technical fields.
“As we went down that pathway,” Sauget said, “both Lewis and Clark Community College and Southwestern Illinois College wanted to go along to tell students about their programs and so they came on board. Then, as we were getting ready to go out to the schools, the folks from Scott Air Force Base’s Communications and Cyber Command said that they would like to go out to the schools and talk to the students too because there is a huge need for people in cybersecurity. So, it turned out to be a big team of people that would go out into the schools.”
But it didn’t stop there. Sauget said that in going out to the high schools they learned that they really needed to also be talking to the junior high school and even the elementary school children to get them interested at an early age in technical careers.
“The Granite City School District has been fabulous to work with and very open to ideas,” Sauget said. “Sixteen hundred parents and students attended last year’s freshman-parent orientation night. We were the only business group that they’ve ever let in to talk to their students and we were swamped. We had parents coming up — many of them were U.S. Steel workers — saying, ‘We want to know more about what you’re doing.’”
The Leadership Council entourage has since added calls on mayors, chambers of commerce and civic clubs.
Sauget said that when they went to Cahokia High School, they found that they were not participating in SWIC’s Manufacturing Day because of budget cuts. She met with Brad Sparks, SWIC’s dean of technical education and together they went back to meet with the Cahokia School District superintendent, the high school principal and the shop teachers about establishing a dual credit program with the community college and creating a welding class. SWIC donated the equipment to get the program up and running and ten of Cahokia’s high school students enrolled in a co-op program in which they studied welding at SWIC half the time and attended high school classes half the time.
“All of those students completed that program; are now enrolled in the advanced welding classes; and many of them have job opportunities waiting for them when they finish,” Sauget said.
The “Manufacture Your Future/Craft Your Future/Cyber Your Future” campaign continues to grow, Sauget said, with everything from the FBI to the U.S. Air Force jumping on board. Because of their concern with a projected lack of pilots, Scott Air Force Base bought flight simulators for Belle Valley Junior High School and arranged fly-along opportunities for students with pilots at St. Louis Downtown Airport so they can get a real feel for what it’s like to be up in in an actual aircraft.
“When we go out across the country I talk about this program and many of the site selectors are so intrigued,” Sauget said. “We spend a lot of time talking about this because all over the country they have this issue of not being able to find technical workers and they always tell me, ‘If you solve this problem, my clients will locate their company there.’ So, it not only has an impact on individual students but it also has an impact on what we can do and where we can go as a region.” 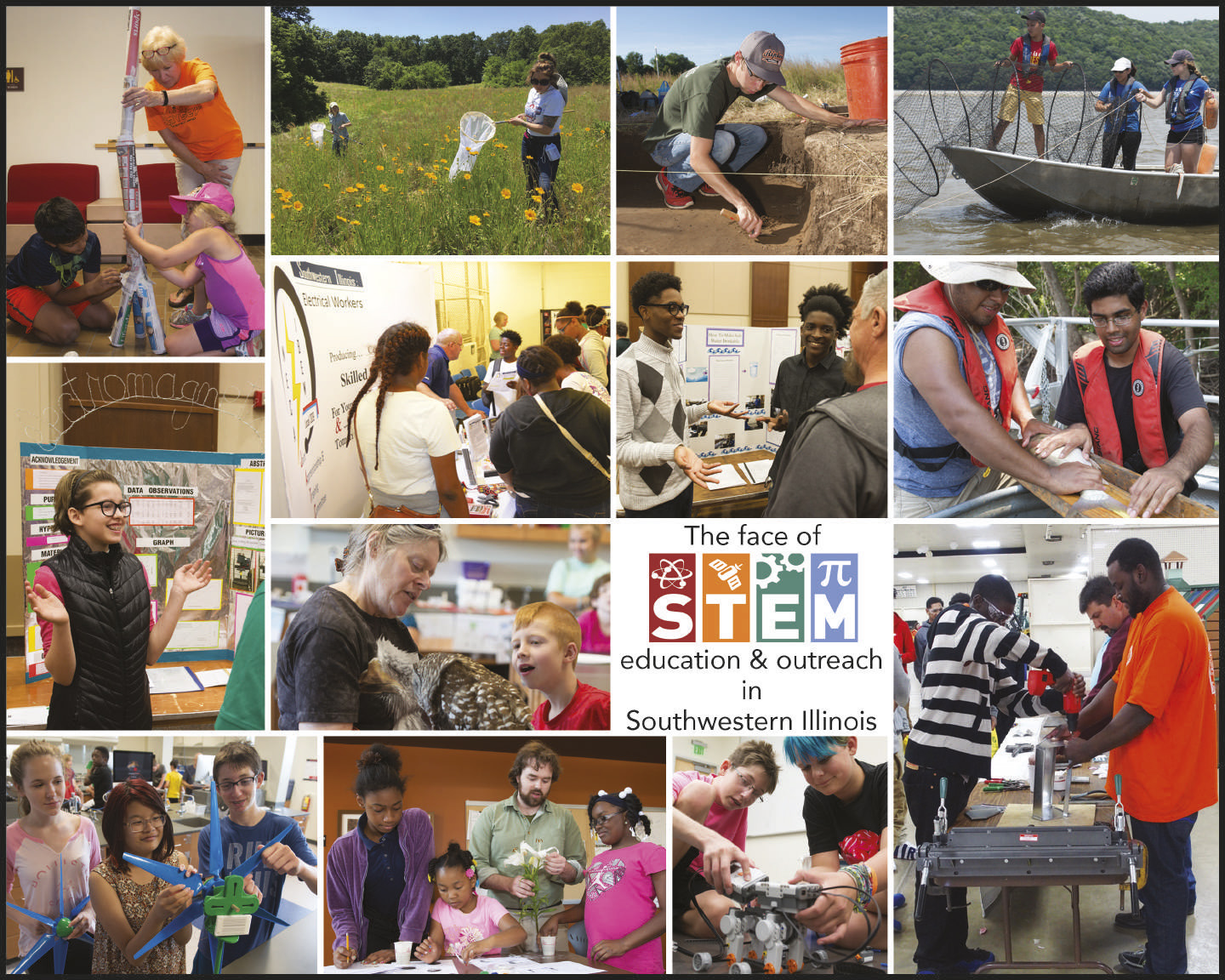 SIUE approach gets students, parents and teachers involved in STEM

Ameren, others work to build Next Generation energy workforce