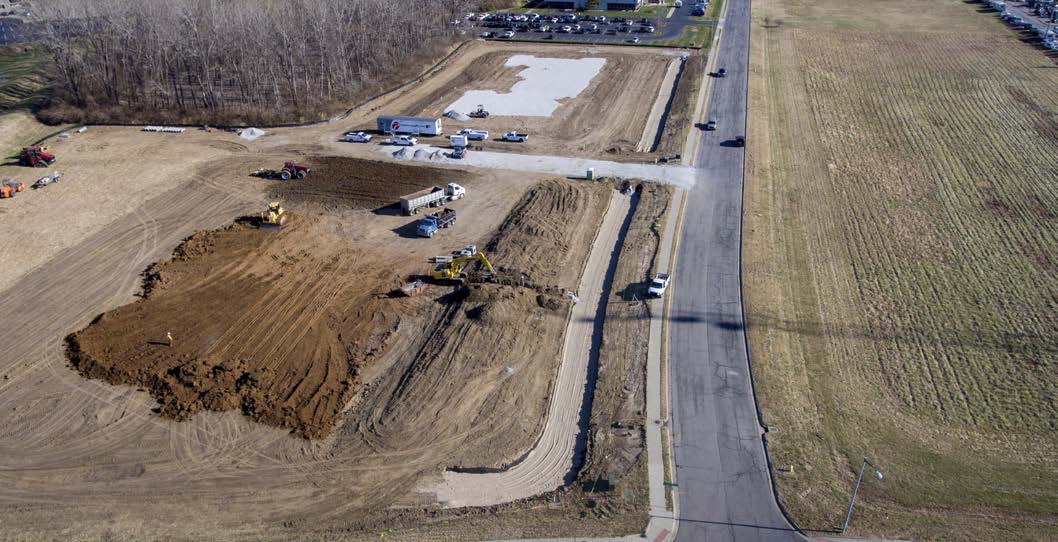 By ALAN J. ORTBALS
The city of Collinsville enjoyed a strong economy in 2017 with sales tax revenues up 10 percent over 2016 levels and the assessed valuation of the city’s real estate up 4.7 percent, according to City Manager Mitch Bair.
Among the major developments that occurred in 2017 was the opening of the new Wal-Mart Neighborhood Market on the Belt Line Road. The first in the Metro East, Wal-Mart’s Neighborhood Markets are strictly grocery stores with a footprint of about 40,000 square feet. Bair says they’re designed to attract the shopper who’s reluctant to go into one of its supercenters to buy groceries.
“They try to site those at least a mile and a half from their supercenters,” Bair said. “Ours are pretty close together, so they thought it would take a little bit of sales away from the supercenter, but the sales at our supercenter actually went up. You can shop online with in-store pick-up as well as shop at the convenience store and a gas station located in front of the market. It’s actually drawing a lot of traffic from outside of Collinsville.”
Collinsville’s second Jimmy John’s Gourmet Sandwiches opened earlier this year and, according to Bair, set a record for first week sales. And Freddy’s Frozen Custard and Steakburgers will open soon on Bluff Road near Home Depot.
The city is looking forward to 2018 as Ameren Illinois will begin construction soon on a new 44,000 square foot headquarters in Eastport Plaza. 240 people will be employed in the new HQ when the $10 million building opens at the end of the year.
And the city’s new Parks and Recreation Department commenced operation Jan. 1. Bair explained that the city leased four parks to the Collinsville Area Recreation District when it was created in 1991. However, CARD has been overburdened with debt and unable to maintain the city’s parks, so Collinsville regained control over them last year. The city is looking to create a recreation complex in the park on Collinsville Road to attract leagues and tournaments.
“We want to make that a real economic driver for our hospitality industry,” Bair said. “And, we have some major national chains looking in that area, too. It’s an exciting time in Collinsville.”

Belleville City Hall work was a highlight in 2017