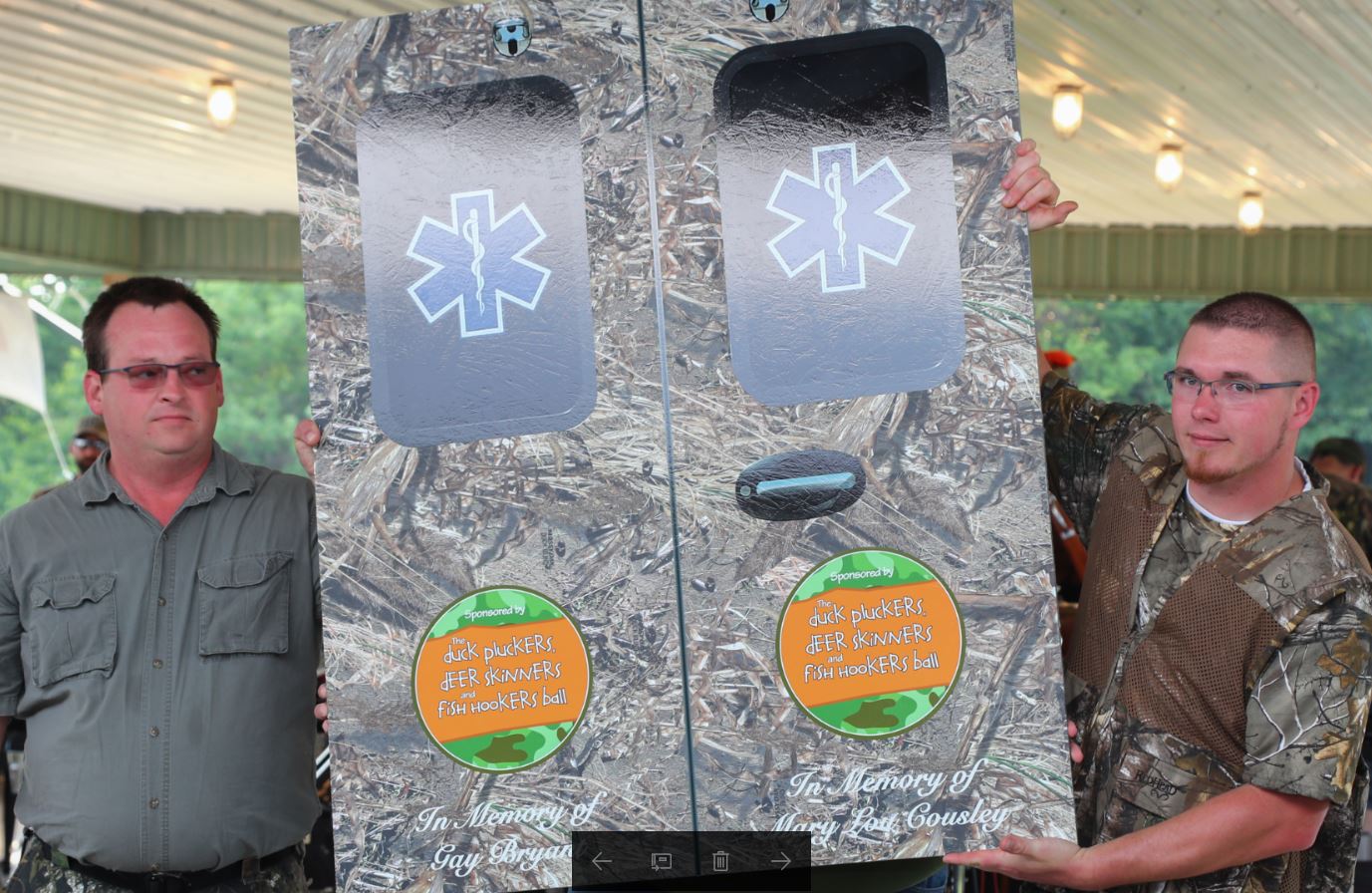 Money raised at the event will provide Alton Memorial Hospital with another ambulance to serve people in our community. “Duck Plucker” ambulances can be identified by camouflage patterns on the back doors, which vary from year to year in color and style.

The crowd was on its feet as AMH President Dave Braasch announced that the ambulance purchased with funds raised this year will honor Mary Lou Cousley and Gay Bryant. Each of the back doors will feature the original camo pattern with an inscription in memory of the two founding Duck Plucker committee members who passed away in the last year.

“Mary Lou conceived the idea for the event in 2008 and Gay gave it its catchy name,” said Marlene Lewis, the AMH Development manager. “We never dreamed that nine years later their vision would lead to more than $700,000 raised for state-of-the art ambulances. Many patients have been helped and many lives have been saved because of community support for this event.”

EMS manager Jason Bowman and his crew were honored with the American Heart Association’s GOLD Plus Award for their ability to recognize patients in the field experiencing a heart attack and to provide appropriate treatment before arriving at the hospital. Bowman thanked both the Emergency and Cardiology departments at AMH for their roles in making the award possible, as well as the event attendees for their support.

— From the Illinois Business Journal via Alton Memorial Hospital