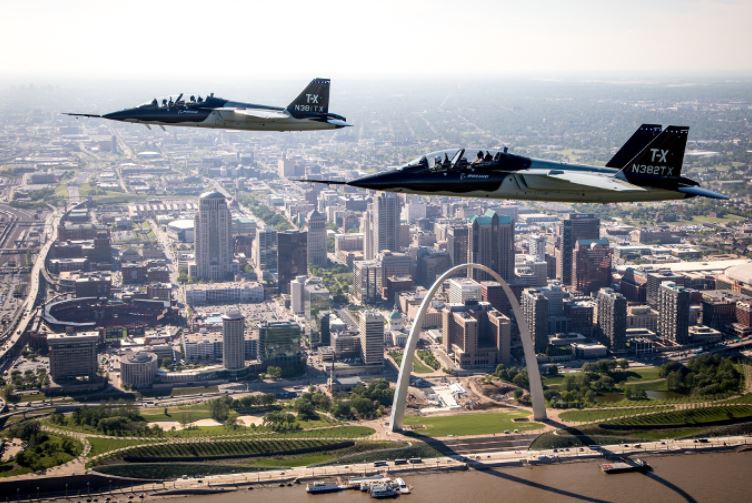 ST. LOUIS – Boeing says its decision to assemble the T-X Air Force training jet at its St. Louis facility is expected to support approximately 1,800 jobs in the region.

The contract award is expected by the end of the year. If the Air Force chooses Boeing, T-X will be the newest project for a community that has produced what the company calls “some of the most acclaimed military aircraft of the past seven decades.”

“The Boeing T-X trainer will keep Americans safe and create more jobs for Missourians,” said Missouri Gov. Eric Greitens. “Companies like Boeing, which are committed to growing and investing here, show the world that our state is open for business and ready to create new jobs.”

The jobs projection includes direct and indirect positions expected to be supported by the T-X work.

“I’m proud that Boeing has trust in the highly skilled workforce in my district, and I look forward to the economic opportunity these jobs will bring for our community and the Missouri supply chain,” added U.S. Rep. Lacy Clay, who represents Missouri’s first district that includes Boeing’s St. Louis facility.

“Our highly skilled St. Louis workforce designed, assembled and brought Boeing T-X to life, and they continue to define the future, not just for our company, but for our customers and the global aerospace industry,” said Shelley Lavender, St. Louis senior executive and president of Boeing Military Aircraft.

Boeing T-X is a training system designed specifically for the Air Force training mission. It will replace the service’s fleet of aging T-38 aircraft. The initial acquisition, for 350 aircraft and the associated ground-based training and support, is valued at up to $16 billion. Initial operating capability is planned for 2024.

– From the Illinois Business Journal