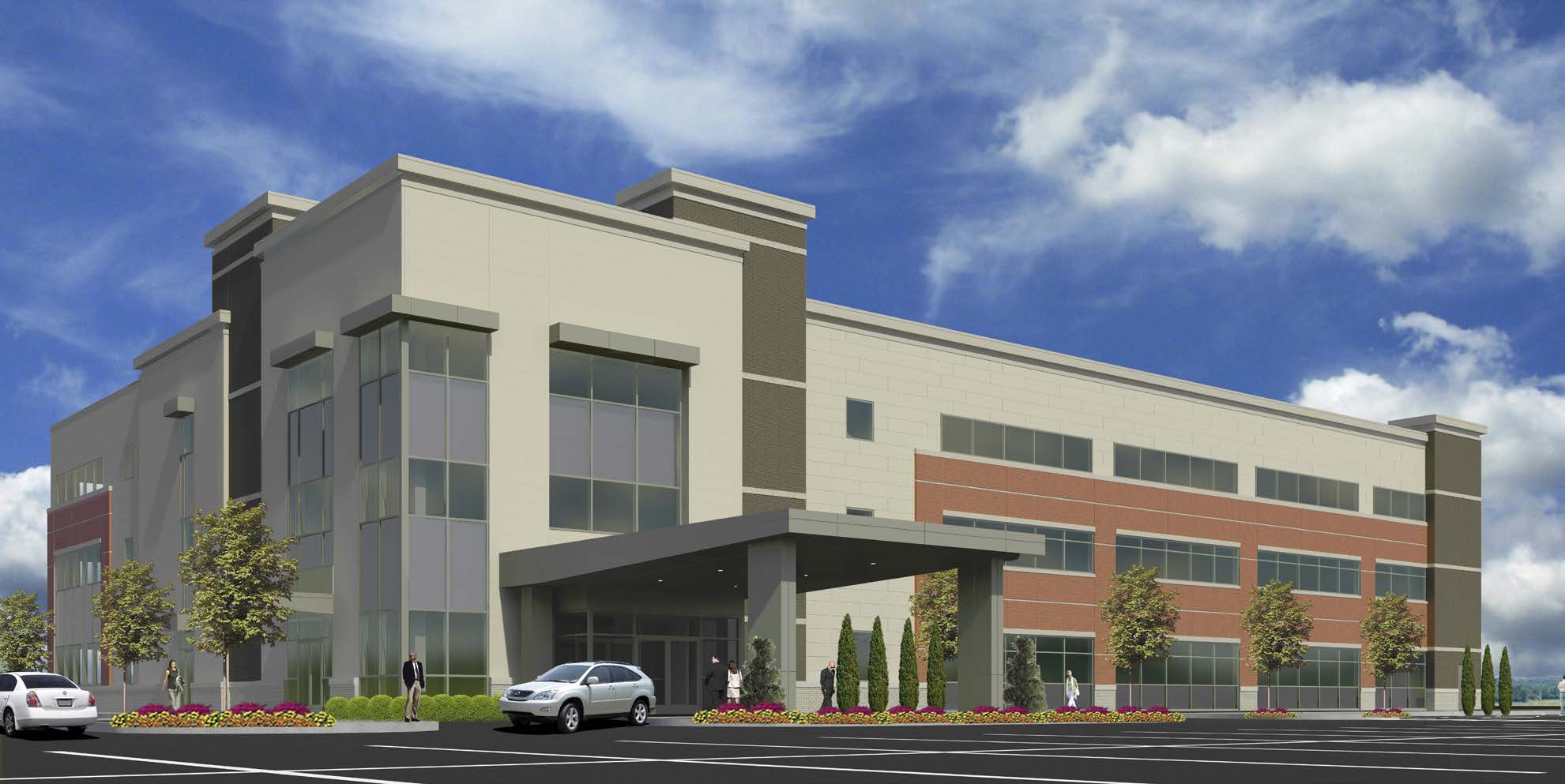 By RITA DUCKWORTH
The completion of Memorial Hospital East and the ongoing construction of an associated Medical Office Building in Shiloh continue to transform the health-care marketplace in the region.
Chosen for its reputation as a local community and construction leader and its past relationships with the hospital, Swansea-based Holland Construction Services is playing an integral role in the development of the Shiloh medical campus. Dan Sternau, Holland’s market leader for health care, served as project manager for Memorial Hospital East as well as for the new Medical Office Building.
The three-story building is being constructed through the design/build delivery method.
“We were contracted for the site, core and shell of the building,” says Sternau. “As construction began, we started to design the tenant spaces.”
Overlapping the design and construction processes allows for fewer issues and changes on the project. Managing the job in this way can be more cost effective for the owners.
“We meet with the managers of the tenant suites at a later stage in the process. This allows us to get more ‘real time’ information on their wants and needs,” he said.
The building will be mixed-use in nature, which adds a few regulatory and code complications to construction. Ambulatory and non-ambulatory care suites require different certifications by the state and other agencies, so each suite must be designed to meet the specific classification and codes for its intended use.
Sternau sees advantages to working exclusively on health-care related projects in recent years. Immersing himself in the codes, design standards, and overall processes of the complex field has made him, and Holland, specialists in the local health-care marketplace.
“The hospital is such an enhancement to the community where we live and work,” says Sternau. “We’re fortunate and thankful that Memorial Hospital sees the value in having us involved.”

DECATUR — Holland Construction Services, of Swansea, has begun construction for Accent Construction Services and CBL Properties on the new 22,000-square-foot T.J. Maxx tenant space at Hickory Point Mall in Decatur.
The renovation involves demolition work to the existing space currently occupied by Shoe Dept. Encore (which is moving to another location in the mall).  The $2 million project will include new walls and floors, and exterior work including a new entrance, lighting, sidewalks and landscaping.
Construction is scheduled for completion in July; the store plans to open later this year.
This is the sixth project Holland has worked on for Accent Construction Services and CBL Properties and the fourth project at Hickory Point Mall.
Most recently, Holland completed construction work for Accent and CBL on a new DXL tenant space located at South County Mall in St. Louis. This $541,000 project involved the reconfiguration of the existing Applebee’s into a DXL men’s store, which is scheduled to open this May.
The first project Holland completed for Accent and CBL was the Kirkland’s in Fairview Heights in 2013.

EDWARDSVILLE — IMPACT Strategies has begun a renovation project that will transform the former Relais Bonne Eau Hospice Home in Edwardsville into a new memory care community for Cedarhurst Assisted Living.
The 20,600-square-foot building located on Marine Road sat vacant since closing in December 2015. The memory care community, named Ruth’s House in honor of the grandmother of Cedarhurst founder and owner Joshua Jennings, is to set to open early summer after a $1 million renovation.
Upon completion, Ruth’s House will accommodate up to 36 residents with Alzheimer’s or dementia-related illness.