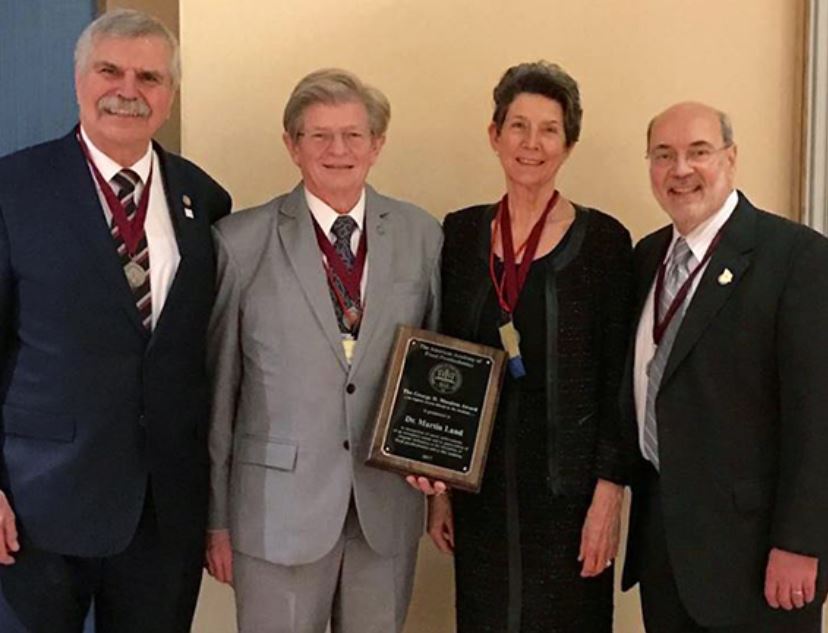 The prestigious award is the highest honor bestowed by the academy and recognizes members who have made a significant impact and contributions to the art and science of fixed prosthodontics and have demonstrated lifetime service to the field. Dr. Moulton, one of the visionary founders of the academy, its first secretary and sixth president, was the first recipient of the award in 1992.

“Receiving an award of this magnitude is certainly an honor for Dr. Land,” said Dr. Bruce Rotter, dean of the SIU SDM. “The School of Dental Medicine takes pride in the accomplishments of its faculty, and we congratulate Dr. Land on this remarkable achievement.”

Dr. Jane Brewer, clinical associate professor and chair of restorative dentistry at the University of Buffalo School of Dental Medicine, State University of New York, took note of a number of Land’s accomplishments as she introduced him during the annual ceremony:

• In 1993, Land became head of fixed prosthodontics at the SIU SDM and served as chair of the Department of Restorative Dentistry from 1995 to 2002
• Land has authored more than 50 refereed publications, research abstracts, and chapters, and is co-author and editor of “Contemporary Fixed Prosthodontics” now in its fifth edition and translated in 10 languages
• He received the 2005 Stephen H. Leeper Award in recognition of innovation and excellence in dental education, awarded by the Supreme Chapter of Omicron Kappa Upsilon