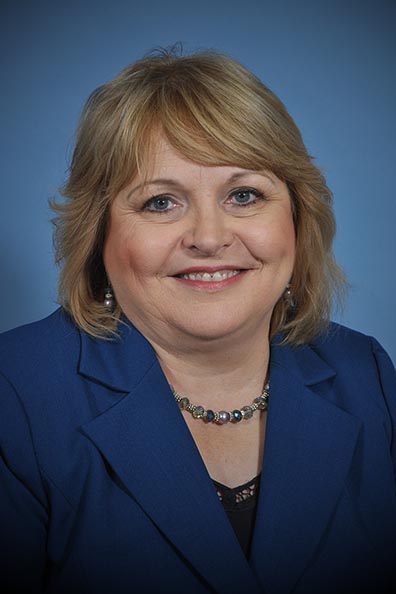 LeVault (left) has for several years been a board member, donor and volunteer.

“United Way has always been dedicated to helping our local community and continues to be the area leader in supporting positive community change throughout Granite City,” LeVault said. “This is one of many reasons I’m proud to support United Way and am excited to have the honor of leading this year’s Tri-Cities Area Division campaign. United Way is creating real, lasting impact for our neighbors, family members, friends and co-workers.”

LeVault has served in several roles with Tri-Cities Area Division of United Way of Greater St. Louis throughout the past few years, including being a member of the auxiliary council since 2009, member of the council’s executive committee since 2011 and member of the campaign team since 2008. In addition, since 2013 LeVault has served as a Tri-Cities Area Division allocations volunteer, evaluating United Way’s partner agencies, and as a United Way Women’s Leadership Society cabinet member. LeVault’s involvement started with United Way as a volunteer and employee campaign coordinator in the early 80’s.

“Nancy is a wonderful leader whose dedication and persistence to help local people in the community is truly inspiring,” said Maura Wuellner, Illinois Region director of United Way of Greater St. Louis. “It has been a pleasure working with her over the past few years, and I look forward to working together to carry out a successful campaign to help people in the Granite City area.”

LeVault joined Southwestern Illinois College – Sam Wolf Granite City Campus in 2014 with more than 30 years of experience in education and administration. As campus executive director, she is responsible for promoting the campus and opportunities for educational enhancement. Most recently, she has worked with the Running Start Program, which affords high school students the opportunity to pursue up to two years of college coursework while being enrolled in high school.

She and her husband, Marty, live in Granite City. Their two adult children, along with four active granddaughters, keep them involved following their volleyball, basketball and soccer teams. LeVault enjoys participating in community endeavors, especially those that promote the Metro East. She participates with Granite City, Collinsville, and Troy/Maryville Chambers of Commerce and serves on various committees within these organizations. LeVault is a member of Granite City Rotary Club and serves in the role of Secretary. She is a member of the Granite City Area Community Foundation, St. Elizabeth Healthcare Foundation and serves as Editor of The Commentator, a publication promoting and highlighting Punta Gorda Isles, Fla.

In 2015, the Tri-Cities Area Division campaign was chaired by Joe Schuler, IT portfolio manager for MasterCard Worldwide, and raised more than $851,000. Regionally, United Way of Greater St. Louis raised $74.3 million, which was United Way’s most successful campaign to date.

United Way helps an estimated one in three people in the 16-county region in Missouri and Illinois by supporting the foundation for a good quality of life through basic needs, education, financial stability, health and strong communities. For more information, contact (314) 421-0700 or visit www.HelpingPeople.org.