By HANS VON SPAKOVSKY
The bill passed by the Illinois legislature to automatically register individuals to vote from state databases will damage the integrity of the voter registration system. It may result in the registration of large numbers of ineligible voters, as well as multiple or duplicate registrations of the same individuals. Worse, it won’t remedy the supposed problem it’s intended to solve – low turnout in elections. 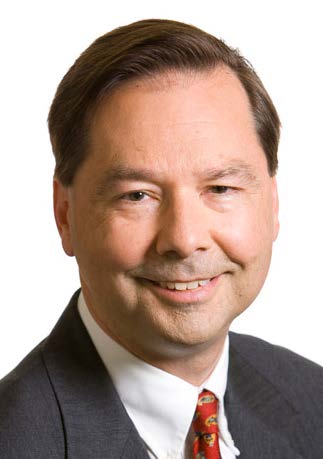 SB 250 would require the Secretary of State’s Driver Services and Vehicle Services Departments, the Department of Human Services, the Department of Healthcare and Family Services, the Department of Employment Security, and the Department on Aging to automatically register any individual that they are “servicing.” These types of government databases (and the bill also includes “federal sources” willing to submit information) contain many individuals who aren’t eligible to vote, including non-citizens. Unless an individual specifically opts out, their information will automatically be sent in for registration – and cases in Illinois itself show that non-citizens often don’t want to tell government officials that they aren’t citizens.
In 2012, the Seventh Circuit Court of Appeals issued a decision in an immigration case concerning a citizen of the Philippines, Elizabeth Dag Um Keathley. She came to the United States in 2004 on a non-immigrant K-3 visa, illegally registered to vote when she obtained a driver’s license in Illinois, and promptly voted in the 2006 midterm congressional election. A 2015 U.S. Department of Justice, Board of Immigration Appeals decision describes how another alien, Margarita Del Pilar Fitzpatrick, told Illinois officials in 2005 that she was a citizen when she applied for a driver’s license and signed a voter registration form. She voted in the 2006 election.
Another Seventh Circuit decision from 2012 details a Kenyan citizen, Anthony M. Kimani, who entered the United States in 2000 on a visitor’s visa. He registered to vote in 2003 (after his visa had expired), claiming he was a U.S. citizen in a driver’s license application in Illinois, and voted in the 2004 presidential election. All of these violations of the law by non-citizens went undetected by Illinois election officials. They were discovered only because of the aliens’ attempt to change their immigration status. And this bill depends on these same election officials to “catch” noncitizens so they don’t get registered.
This law would make it even easier for non-citizens to register undetected in the state since they would be automatically registered. According to an Associated Press story, officials on the state election board have complained that regardless of the ineligibility of individuals, their information will be forwarded to election officials.  In fact, in one of the most bizarre provisions of the bill, every applicant’s registration information must indeed be sent to election officials “regardless of whether or not the individual attested to his or her eligibility to register to vote.”
The state board also complained that it doesn’t have the money to implement this system.  And that the General Assembly did not follow the board’s recommendations when it wrote this law.
Mandatory registration would also lead to duplicate and multiple registrations by the same individuals who are listed in various state databases, such as ones who have both a driver’s license and are receiving public assistance or unemployment benefits. And if their names are spelled even slightly different, or have different addresses, those duplicate registrations are almost guaranteed not to be detected by election officials.  This could lead to an increase in illegally-cast ballots, which cancel out the legal votes of citizens.
This proposal is also a “solution” in search of a problem. Proponents such as state Sen. Andy Manar claim it will increase turnout. But that claim is based on the false premise that large numbers of American don’t vote because they are not registered or it is too difficult to register. Yet surveys of non-voters conducted after federal elections by the U.S. Census Bureau disprove these claims. The vast majority of non-voters say they don’t vote because they aren’t interested in elections, aren’t involved in politics, and/or don’t think their vote will make a difference. . In short, most non-voters are sitting elections out by choice.
The push to pass the National Voter Registration Act of 1993 was based on the same flawed premise: that voter registration is a barrier to voting. But the turnout data since the implementation of the NVRA shows that the law apparently hasn’t boosted voter turnout by any appreciable amount. That’s because the motivation to vote is internal; people register because they plan to vote. People who have no interest in voting don’t register to vote — and automatically registering them isn’t going to change those attitudes.
Canada has had mandatory voter registration in place since 1997 that is administered by Election Canada, which is responsible for conducting all federal elections and referenda. Yet Canada’s automatic registration system has had no effect in increasing turnout. Even before the implementation of this new system in 1997, Canadians voted in larger numbers than Americans, but Canada has still seen a steady decline in turnout since the 1970s. The reasons that Canadians who are automatically registered give for not voting are similar to those of American voters: they are not interested, are too busy, or don’t like any of the candidates.
Implementing mandatory registration from government databases risks the integrity of the registration system and improperly shifts the responsibility for registering from the individual to the government. As state Rep. David Harris has correctly argued, “it is important for the voter to have a little bit of initiative to do what they need to do” to register to vote – and those who want to vote will take that initiative.
Hans A. von Spakovsky is a Senior Legal Fellow at The Heritage Foundation. Along with John Fund, he is the co-author of “Who’s Counting? How Fraudsters and Bureaucrats Put Your Vote at Risk” and “Obama’s Enforcer: Eric Holder’s Justice Department.”.