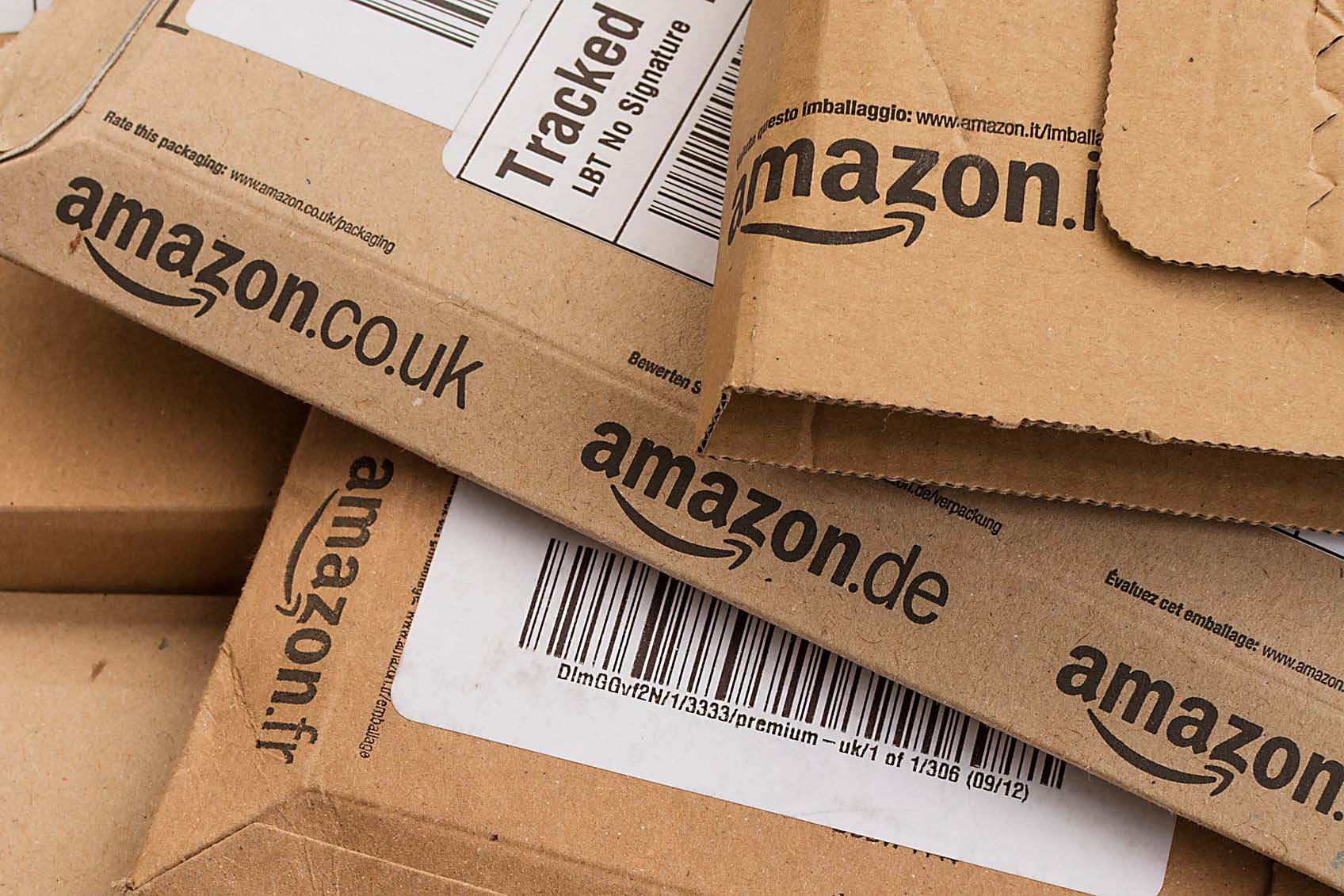 By DENNIS GRUBAUGH
EDWARDSVILLE — The developer of one of two properties being transformed into Amazon fulfillment centers says the region is getting noticed by the logistics industry.
Having the Amazon name attached to the warehousing operations in Gateway Commerce Center has significance for future development, says Mike Towerman, president of TriStar Properties, Gateway’s developer and one of the two companies leasing newly built spec centers to Amazon.
“We’ve been told by some people in the industry that Gateway Commerce Center may have the best tenant lineup of any industrial park in the Midwest. When you add Amazon’s name to the other tenants we have such as Hershey, Dial, Proctor & Gamble, Unilever and others, that collection of tenants is really what gets people’s attention now,” Towerman said.
“We’re hopeful of reaching a point of critical mass, where the influx of new business will actually accelerate,” he said. “But to be frank this might just be a sign of an up cycle in the industrial real estate market, and it could cool off at any time. If we could predict that, you and I could make a lot of money.”
Towerman said Gateway’s “18 to 20 years of history” is a good indicator of “how many square feet of space gets absorbed annually, on average.” In that regard, he feels good about the future. Gateway had an estimated 5,000 employees even before Amazon announced 1,000 more full-time jobs, to be split between Gateway and nearby Lakeview Commerce Center, a project of Panattoni Development Co.
Towerman said construction began on the Gateway building last summer. Amazon’s national broker did not approach his company’s own local broker until around the first of this year, he said. In other words, he had no idea who would occupy the building when he began.
“It’s very difficult to attract tenants if you don’t have a building to lease,” he said.
Amazon has taken a 10-year lease and an eventual sale of the building is a possibility, he said, adding that  confidentiality agreements prevent him from getting into a lot of details.
Amazon is now outfitting both building to suit its needs.
“They are making an incredibly substantial investment,” Towerman said, without getting into dollar amounts.
TriStar, which has been responsible for developing most of Gateway Commerce Center in the last 20 years, provided a new direction in the history of the logistics and distribution park last year when it chose to build the first of Gateway’s buildings on the east side of Illinois 255.
The first of those, known as Gateway 717, for the 717,250 square feet of space, is being occupied by Amazon, with a projected opening date by September. Some 500 to 600 parking spaces are being made available, with the presumption that workers will be there at all hours.

Nina Lindsey, spokeswoman for Seattle-based Amazon, said the company picked Edwardsville for a lot of reasons but mostly for its own customers’ buying habits.
“We look at a variety of different factors but one of the most important is making sure we’re as close to customers as possible, so we can offer the super-fast shipping speeds and a great Prime service for our customers,” she said.
Another reason is the quality of the workforce, “and we expect to find an abundance of talent in that area,” she said.
Amazon is actively hiring for both hourly and managerial roles.
She said the company offers “competitive wages for the area, but what we’re really proud of us are the comprehensive benefits, starting on Day 1. That’s very unique. Full health care for medical, dental and vision, a 401(k) with a 50 percent match from the company, Amazon stock, bonuses, and generous maternity and parental leave benefits.” Maternity leave is for 20 weeks, she said.
Work is being done inside the facilities to accommodate infrastructure and technology.
“An Amazon fulfillment center is capable of holding millions and millions of individual products on any given day. There is a lot of storage capacity that we’re building up. A typical center will have miles and miles of conveyors in them and a lot of sophisticated technology. It’s a great place to work because our associates are engaging with state of the art technology and robotics,” Lindsey said.
The building in Gateway and the one in Lakeview will support different products.
“One will specialize in larger items, things like big screen TVs, golf bags, kayaks, Barbie dream houses, things like that. The other facility will handle smaller items, things like books, toys, electronics, small kitchen appliances. Anything that’s smaller than a typical microwave,” she said.
Inventory doesn’t necessarily depend on the buying habits of a region.
“Our goal is to have a wide selection of products available in our fulfillment centers at any given time, so we can fulfill a customer order very quickly,” Lindsey said. “For example, if you are a customer in St. Louis who really wants the latest Taylor Swift CD, we want to make sure we have that Taylor Swift CD as close to the customer as possible. Our goal is to make sure our fulfillment centers are stocked with that wide selection that Amazon is known for.”
Customer demands are constantly changing, and Amazon is constantly analyzing those trends and stocking accordingly, she said.
The company has seen other markets blossom after Amazon has laid roots.
“In fact, we’ve noticed in locations where we have placed fulfillment centers, there typically is a flurry of activity of other development in the area. In Florida, for example, where our facilities are just over a year old when we first located, we were hearing about new construction, both industrial and residential. Another great example is Kenosha, Wis. We heard quite a bit from local businesses that they received an uptick in customers and traffic, not only from the construction of the fulfillment centers but also when the employees started working at those facilities. We’re really proud of being active in the locations.”
The first fulfillment center was technically in the garage of Jeff Bezos, who founded Amazon in 1994 in Bellevue Washington, but the more official first center was on Dawson Street in Seattle, she said. Since that time, some 50 centers have been built in the United States and 123 worldwide. Quite a few have been announced in the past year.

What’s next for Gateway

Two other buildings are going up alongside the building to be occupied by Amazon in Gateway. One building is just to the east and will be 520,000 square feet. Already, a tenant, DB Schenker, has committed to 40 percent of that building, Towerman said, and it will be partly available for occupation in September, with full availability for occupancy in October. DB Schenker, which provides logistics services worldwide, runs the Procter & Gamble operations in Gateway. However, the new building will not be connected to P&G, Towerman said. A different, unnamed customer is involved.
The third building is going up just to the north and will have 624,000 square feet, he said. No tenants have committed to the third building yet. It is scheduled for completion in December.
“My expectation would be that all the unoccupied space will be occupied by next summer,” Towerman said.
All three of the new buildings in that complex are expandable up to 1 million square feet of space if necessary, he said.