ST. LOUIS — Stephen Tillery, senior partner and founder of Korein Tillery, has been honored with a Distinguished Service award by Illinois College. 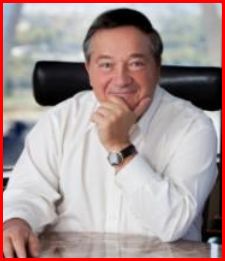 As the school described, “Stephen M. Tillery is the founder and senior member of Korein Tillery, a St. Louis and Chicago-based complex litigation law firm. A trial lawyer his entire career, Tillery has litigated cases throughout the United States involving numerous areas of the law, including securities, antitrust, environmental contamination, tobacco, patent infringement, computer technology and consumer fraud. He has handled, individually or as lead counsel, hundreds of complex civil cases in federal and state courts throughout the United States. He was nominated for the Public Justice Trial Lawyer of the Year Award in 2003, 2008 and 2013 for his work in socially significant complex cases. Tillery has authored numerous articles and book chapters on trial practice. In addition, he has served as lecturer, moderator and panel member at dozens of legal seminars relating to litigation and trial practice.

“Tillery has always viewed litigation as providing a means to effect social change. His cases against huge multi-national corporate opponents have secured the filtration of dangerous pesticides from public drinking water supplies for over 32 million Americans, and they have caused false and dangerously misleading descriptors like ‘Lowered Tar & Nicotine’ to be removed from every pack of Marlboro Lights cigarettes sold in America. His volunteer work for the Department of Justice of Canada helped in the eradication of all false cigarette descriptors in that country.

“In recent years Tillery has worked with leading scientific experts of the world to fund epigenetic research to clearly establish for worldwide regulatory bodies the real health risks for all children who are exposed to dangerous chemicals.

“Tillery grew up in the small town of Divernon and first visited Illinois College as a child while participating in a regional science fair competition. He immediately fell in love with what would be his future alma mater.”