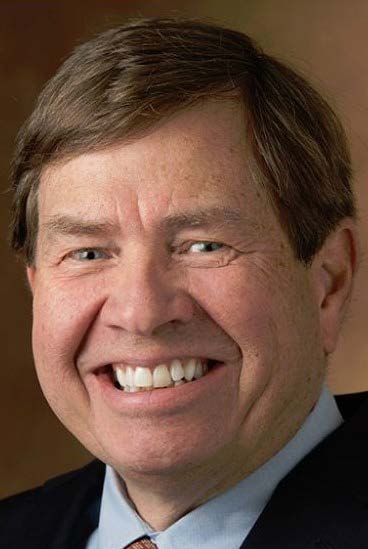 By STEPHEN HANSEN
Nearly every pundit and journalist over the past 12 months has commented on how strange, if not remarkable, this year’s presidential contest has been. From the Washington Post to Fox News, commentators have been routinely surprised and flabbergasted, by how voters have responded to Presidential candidates during the primary election campaigns.  “Unprecedented” and “unusual” are the words most commonly used to describe events. But while most agree that the contest has been extraordinary, there has not been a lot of explanation for why this Presidential contest is so different.
What American history tells us is that the 2016 presidential campaign’s unpredictability, contentiousness, and volatility means that we are in the middle of a voter realignment. A voter realignment is relatively rare, occurring only five times in our history. It represents a fundamental change in how voters behave and organize into political party coalitions. The impact of a voter realignment is so profound that it redefines the principles around which the political parties are organized. Sometimes, this process is sudden and other times a voter realignment can take as long as two or three presidential election cycles. Regardless, the process has always been uneven, passionate, belligerent and messy.
A voter realignment is caused by new problems or issues that arise because of a major change in the economy or some other significant alteration in society. The first major voter realignment occurred in 1828. Andrew Jackson sparked the realignment by mobilizing new voters who feared that Wall Street and bankers were destroying economic opportunity for common Americans. In 1860, Abraham Lincoln capitalized on a second voter realignment; this one driven primarily by the issue of slavery. In 1896, immigration, trade, and a crushing economic depression provoked another realignment that reshaped politics for the next generation. The Great Depression of 1929 caused a fourth voter realignment which gave Franklin D. Roosevelt and the Democratic Party a majority voter coalition that dominated politics until the 1970s and 1980s, when Ronald Reagan defined the next realignment as a struggle over the role and size of the federal government.
All the signs today suggest that we are in another voter realignment. One of the most significant indicators is that new issues have cut across the traditional political party lines. Changes in our population through immigration and through the natural process of aging, have grown in significance with the decline in the economy, the increase in attacks from terrorists, and the realization that in the near future a majority of Americans will be non-white. The resulting shift in economic and political power has scrambled voter identification with the Democratic and Republican parties.
Another issue that has cut across the traditional political party lines, is the slow and uneven economic recovery after the Great Recession of 2008. The size of the middle class shrank significantly, the number of good-paying jobs declined, the gap between the wealthy and the working class grew precipitously, and the opportunities for economic advancement weakened and shifted.  These economic issues have dislodged voters from their traditional political homes. For example, many so-called blue collar workers, normally solid Democratic Party supporters, now flock to Donald Trump.
Just as in the past, the profound shift in the population and the seismic change in our economy angered, confused, and frustrated voters. The result has changed the way voters are behaving. Many groups of voters who had been political allies no longer agree with each other. While some voters are shifting political party allegiance, other voters, frustrated that the political candidates do not represent their views, are dropping out of the electoral process altogether. The confusion and movement of voters are reflected in the fact that 17 individuals vied for the Republican Party nomination and that the Hillary Clinton campaign was nearly upended by Bernie Sanders.
The political party primary elections reflected this unprecedented movement of voters. Millions of people who had never voted in a Republican Party primary flocked to the polls to support Donald Trump, while Bernie Sanders mobilized large numbers of new voters for the Democratic Party. Making the picture even more confusing was the trend for significant numbers of traditional Democratic and Republican voters who decided not participate in the Presidential election. Staunch Republicans like Jeb Bush, John Kasich, Lindsey Graham, and others have suggested that they will not support a Republican Party ticket with Trump as the standard bearer. On the Democratic Party side, a number of Bernie Sanders supporters have declared that they will not support Hillary Clinton.
The swings from one party allegiance in response to the sudden emergence of the concerns over the population and the economy is fracturing the Republican and Democratic Parties. History has shown us that as the Democratic and Republican parties splinter in the voter realignment, politics and the electoral process will get more passionate, mean, dirty and vicious. Voters, fasten your seat belts! It’s going to be a bumpy ride for the next few years as we re-define and reorganize our political parties.
Stephen Hansen is emeritus professor and dean at Southern Illinois University Edwardsville.