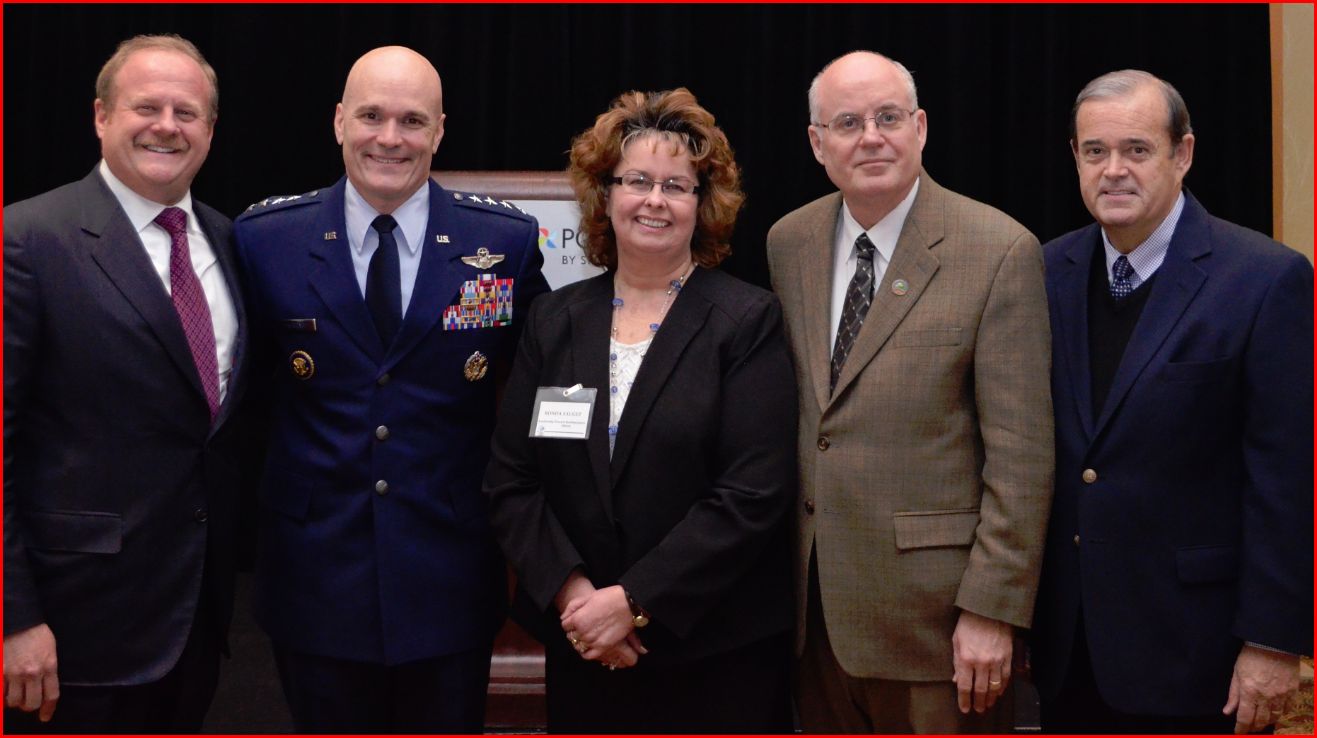 Business and civic leaders from across the Bi-State region also heard directly from Everhart regarding the work that the Air Mobility Command has been involved in and learned about his military career, during which he has enjoyed previous engagements at Scott Air Force Base.

Prior to being appointed as commander of the Air Mobility Command, Everhart served as the commander of the 18th Air Force at Scott AFB from June 2014 to August 2015. He also spent time at Scott AFB between June 2010 and April 2012, serving first as vice commander then commander of the 618th Air and Space Operations Center (Tanker Airlift Control Center). His first tour at Scott AFB was back in 2002-2003, when he served as chief, Joint Mobility Operations Center Team for the U.S. Transportation Command, a joint assignment. Everhart’s other joint assignments include serving for two years as Air Force aide to President Bill Clinton at the White House in Washington, D.C., and a year-long deployment to Afghanistan where he was the direct liaison between the U.S. Ambassador and the commander of the International Security Assistance Force.

Everhart brings more than 30 years of decorated military service experience to his new position as commander of the Air Mobility Command. He is a command pilot who has flown many types of aircrafts for a combined total of over 4,500 hours. He is also the recipient of numerous prestigious military awards.

Air Mobility Command is tasked with providing swift global mobility for every branch of the United States military, as well as coordinating humanitarian aid efforts on both a national and global scale. Air Mobility Command’s mission encompasses more than 130,000 active-duty and Air Reserve Component military and civilian personnel.

“It is wonderful to see someone with General Everhart’s deep experience and outstanding record take on this very important position,” said Mike Leopold on behalf of Leadership Council Southwestern Illinois’ Military Affairs Committee. “We are thrilled to officially celebrate his new command and are fortunate to have him and his wife Michele extending their stay at Scott Air Force Base.”