EDITOR’S NOTE: Officials from business, government and logistical services have formed the Southwestern Illinois Trade and Investment Council to promote international trade and foreign investment in St. Clair and Madison counties. They will meet quarterly. Silvia Torres Bowman and her office are helping organize the group.

IBJ: How did this council get started? 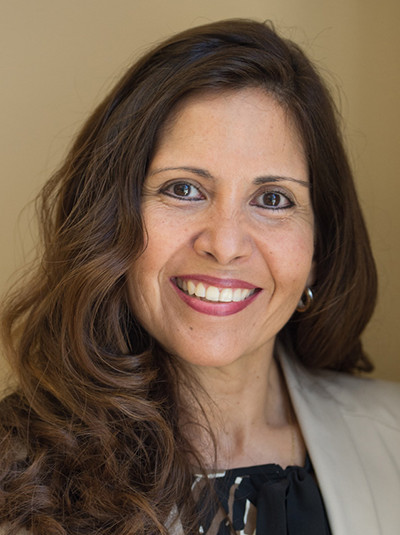 Torres: We started with conversations. Edie Koch, who was the Department of Commerce and Economic Opportunity regional manager, and I started talking after a regional economic conference led by Jerry Costello in 2011. The more I talked to my clients the more I realized this was not going to be a job of just the International Trade Center. We don’t have the staff or the budget to do it. I truly believe this had to be done by a collaborative team effort of all the service providers in our area, of which there are many.

IBJ: So the idea came out of past discussions?

Torres: Yes, the partners were very excited, but the problem, as you know, was getting everyone together. We continued talking but the time went by. About a year ago, Frank Miles and Terry Beach (economic development directors respectively in Madison and St. Clair counties), and Edie and myself said we needed to move forward. We started thinking about who to invite, what the mission would be. And through the ITC, I was talking to businesses about what their needs are. My own conclusion is, businesses need a place to go to and be a part of — so they can tell us what their challenges are. We are going to be facilitators and problem solvers.

IBJ: Who are the council’s members?

Torres: You’ll see (representatives of) the two counties; the airports; America’s Central Port FTZ (foreign trade zone); the Department of Commerce. … There were 22 at the first meeting. There were four exporting businesses at that point. Of course, we would like to increase that number. The challenge is businesses don’t know much about us.
In terms of the service providers — federal, state and local — we’ve got ’em. We’ve also got one, potentially two banks, and two freight forwarders. One is LR International, which we have a long history with. They are located close to O’Hare. Ric Frantz (CEO of LR) has been driving from Chicago to Southern Illinois on a regular basis since 1998, counseling businesses pro bono. I’d like him to be our eyes and ears in Chicago, telling us what’s working up there.

Torres: We wanted it to be casual. We wanted the members to get to know each other better. It was also a short notice. One reason, we had Nathan Regan of Select USA (a government-sponsored organization that facilitates domestic and foreign business investment in the U.S.). I learned at the last minute he was going to be in the area to present at an economic development conference in Effingham. He is going to be a tremendous partner. He helps communities and regions come up with better strategies to help attract direct foreign investment. Select USA will have a summit next June and I want us to be represented there. They had 70 international markets represented last year and I think they want to try to make it up to 100.

IBJ: So who is the new council’s target audience?

Torres: Exporting businesses. One goal of the council, unless it’s decided otherwise, is that the less experienced would connect with the more experienced exporters. We’d like to have a good balance.

IBJ: What is your office’s role going to play in all this?

Torres: Whatever challenges they send to us. Finding answers, finding resources and bringing them here. There are some resources, perhaps in Washington, D.C., or other states, that we can partner with.

IBJ: This is not just jobs and expansion of commerce overseas. It’s also about bringing trade here, too, right?

Torres: Exactly. That’s the additional element I want to bring. We initially talked about jobs and enabling businesses to become more successful global traders. But we need to leverage all the opportunities. I can’t tell you the number of times that delegations go to McCormick Place (the state-backed convention and tradeshow complex in Chicago), from all over the world. Let’s bring those people here.

IBJ: Has anyone been chosen to chair this council?

Torres: Alan Dunstan and Mark Kern (current chairmen of Madison and St. Clair counties, respectively) will remain as chairs and a president will eventually be appointed. We have outstanding people in the council and the one selected will do an incredible job.

IBJ: What are some of the needs of the exporting community in southwestern Illinois?

Torres: That’s what we’re going to address with this council. What we’re finding is businesses here have so many priorities that they cannot afford stepping away for even a one or a two-hour program to learn more (about trade) and to network. They don’t realize how crucial those networking opportunities can be. In Chicago, in one day, you can have five or six networking opportunities. That doesn’t happen here. Here, they would like to know more, but they are also very conservative (about trying new business strategies). They don’t know who does what. When you are a small business you don’t have time to sort things out.

IBJ: So this will be fact-finding for them as much as anything?

Torres: It could be facts. It could be tax implications or issues with selling. It could be documentation — we are partners with Customs offices in Chicago and St. Louis. It would be nice to have one site to channel all these questions. The bottom line is being able to resolve trade issues on behalf of the business community in Southwestern Illinois.

IBJ: What do you think is possible?

Torres: I’d like to propose to the council, maybe long term, what we did in 2009. We had the first Southern Illinois trade mission to South America. We coordinated all these matchmaking appointments. There were about 15 businesses represented in that mission. Most of the businesses wanted to meet customers, distributors. What I would like to do differently this time is combining not only exports but also FDI (foreign direct investment). With Nathan’s group’s assistance we can make it possible to have a very effective and powerful mission. We could put Southwestern Illinois in the minds of all the leaders of all those countries. And if we’re traveling we want to go to several countries. In 2009, we went to five countries.
The council may say, let’s take care of more immediate needs first, which is perfectly OK, but I believe our responsibility should also be to present those opportunities.