GRANITE CITY – When the president of a family-owned rigging solutions and supplies company sought data about a prospective new market, the Metro East Small Business Development Center at Southern Illinois University Edwardsville provided it at no cost. 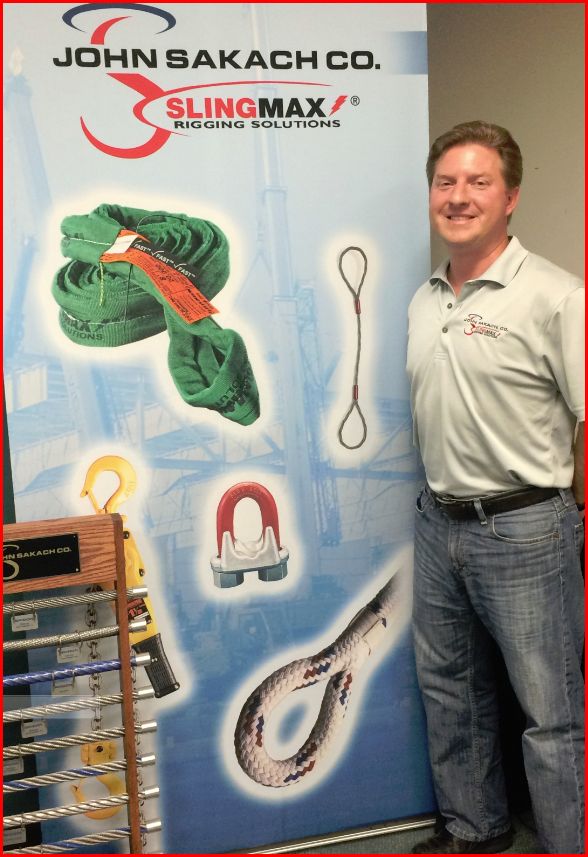 “Our company was looking at expanding into another market,” said Driscoll, whose uncle, John Sakach, is still active in the business he founded in the late 1950s. “When I reached out to Jo Ann, she quickly provided all kinds of relevant information about potential business in that market.”

He called the Metro East SBDC “a great resource that … can be tapped into with just a simple phone call.”

Knowing the major players in his prospective new market was a given, said Driscoll, but digging beneath the surface to discover all the other smaller, less-known, potential clientele was quite another. Driscoll said it was within that context that DiMaggio May and the SBDC provided vital data in real time with the intel he needed to make smart decisions.

“The info Jo Ann and the SBDC provided gave us the base for prospecting a new territory,” he said. “We knew who the big fish were, but the SBDC helped us uncover the other smaller players. This expertise was critical in helping us expand our business.”

Di Maggio May said working with Driscoll is an example of how the Metro East SBDC supports existing businesses, in addition to working with startups.

“Terry is a true inspiration,” she said. “He is sincerely dedicated to his industry and company. He immediately took me in as family, and I am proud of all his success in our region, as well as his expansion into other markets.”

In October, the Chamber of Commerce of Southwest Madison County is honoring the John Sakach Company as one of 20 regional manufacturing businesses that have promoted economic development in and around Granite City.

The Metro East SBDC assists existing businesses and startupsin the nine-county Metro East region of Calhoun, Jersey, Madison, Bond, Clinton, St. Clair, Washington, Monroe and Randolph. It is a service to the community supported by the SBA.

The SBDC helps support the goals and objectives of both the SIUE School of Business and the university at large. It can be reached at (618) 650-2929 or sbdcedw@gmail.com.