The event held in Litchfield, served as the launch of The “W” Network of Downstate Illinois, a continuing education and networking organization where women leaders can engage and support each other.

Silvia Torres Bowman, director of Southern Illinois University Edwardsville’s International Trade Center, was also a speaker at the “W” Network’s inaugural event. Torres Bowman is laying the groundwork for the group and inviting women executives and entrepreneurs to take part. 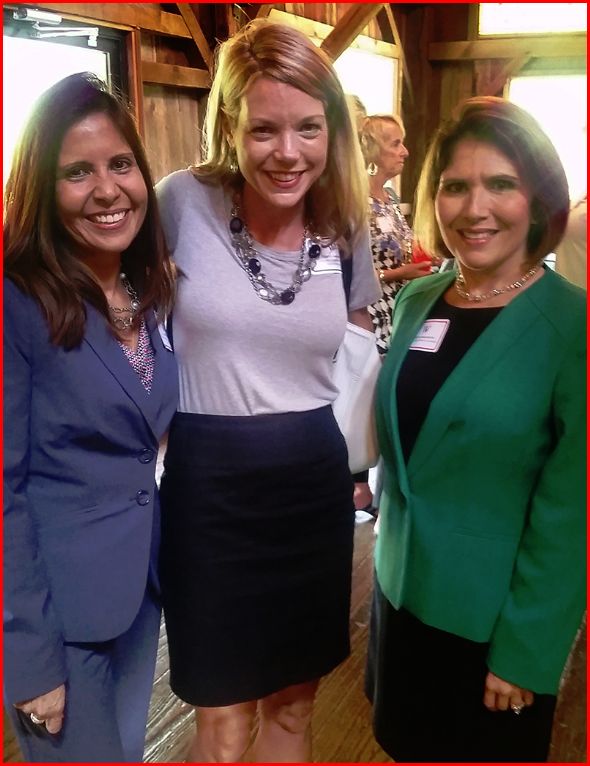 “The main goal of The ‘W’ Network is to enlighten, inspire and re-energize strong and bright women with new tools, information and visions on how we can make our businesses, communities and state soar,” she said. “Illinois needs and deserves wise women working wonders.”

Brianza, a seasoned entrepreneur in the cosmetic/retail industry, is also a dedicated community activist. During the inaugural women’s leadership event, she spoke to women statewide about launching a business, exporting its products into international markets and taking an active civic role in building their communities.

“I connected with the International Trade Center at SIUE five years ago when I prepared to go global with my cosmetics line,” Brianza said. “I had been thinking of starting a women’s network organization for some time, and then I began talking with Silvia who had the same vision.

“I’m part of a women’s network in Chicago, and it has helped me tremendously, not just professionally. It has evolved into activism, as well. The time has come for Southwestern Illinois to have its own women’s leadership organization.”
Brianza and Torres Bowman agree that The “W” Network is seeking women, who are leaders and truly make a difference by quietly doing their work.

“These women are not focused on the title or recognition,” said Brianza. “They commit to a mission, find the time and make it happen. Our first meeting last month in Litchfield really set the footprint for what we plan to accomplish.”
Beth Toon, co-founder of the Shop Local First campaign in Carlinville, worked with Brianza to launch SLF several years ago. The two women also served together on an economic development committee. Toon says The “W” Network initiative came at just the right time.

“Not only did we hear from some amazing and inspiring women, but the event also helped to inform the audience about the services that our state has to offer,” Toon said. “The scope of information covered was almost overwhelming, but also very fascinating. I appreciated the opportunity to meet and learn from women in several different fields, and I look forward to attending more of these networking events in the future.”

A Metro East-based event for The “W” Network is being planned for later this fall on the SIUE campus, according to TorresBowman.

“We were thrilled with the turnout of our first ‘W’ Network event in Litchfield,” she said. “It points to a true need for this type of executive-level support for women in leadership positions across our state. We’re looking to continue involving women who are making things happen in their local communities and throughout Illinois.”

Erica Harriss, founder of Saving Grace Beauty LLC, from Glen Carbon, attended the “W” Network’s first event and is planning on participating in the women’s next session in the Metro East. Harriss, whose company manufactures a hair powder that helps cover roots and extend the time between salon visits, said the caliber of women she had met at the Litchfield event was invaluable.

“I was able to meet women in leadership roles who I never would’ve had the opportunity to otherwise,” Harriss said. “Thanks to the ‘W’ Network event, I now know women who do jobs that I didn’t even know existed.”
The International Trade Center at SIUE serves entrepreneurs and small businesses in southern Illinois by providing individualized, export consultation; identification of foreign buyers, agents and/or distributors through trade leads, international market analysis and more. The ITC is funded through a cooperative agreement with the U.S. Small Business Administration, the Illinois Department of Commerce and Economic Opportunity, and SIUE as a service to the region’s entrepreneurial and business community.

For more information on The “W” Network or to learn how these no-cost services may help your business, contact Torres Bowman at sitorre@siue.edu or (618) 650-2452.