GODFREY – Lewis and Clark Community College’s 44th annual Commencement on Wednesday night will honor the life of an outstanding graduate who passed away this spring and celebrate her achievements along with the achievements of more than 1,000 of her graduating peers. 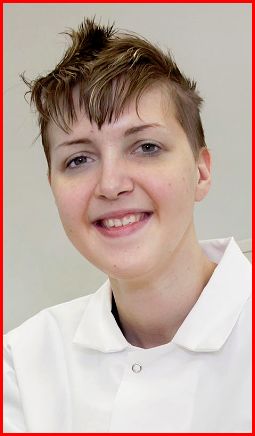 Lauren Michelle Kelly, of Brighton, would have received her degree in dental hygiene on May 20, but died on March 26, 2015, at the age of 23, after a lifelong battle with cystic fibrosis.

Kelly was president of her class, and had already passed both her clinical and written board exams. Her mother, Debbie Kelly, will receive a degree in her honor.

In the summer of 2014, Kelly (left) became the first in the history of LCCC’s dental programs to be selected as a district student delegate to attend the American Dental Hygienists Association Annual Session in Las Vegas.

“Lauren was an inspirational student who showed great strengths as a leader, a student mentor and an advocate for the dental hygiene profession,” said Chris Hallstead, coordinator of L&C’s dental programs. “It was my honor to have Lauren as a dental assisting and dental hygiene student, and she is surely missed by the faculty and staff in the dental department.”

Kelly also had a passion for riding and showing paint horses, and in the summer of 2010, was named the winner of the American Junior Paint Horse Association Youth Member of the Year.

Commencement will take place at 7 p.m. Wednesday, May 20, in the Hatheway Cultural Center’s Ann Whitney Olin Theatre, and is expected to be one of the largest ceremonies in LCCC history. More than 230 graduates will participate in the ceremony.

Doors will open at 6 p.m. Additional seating will be provided in The Commons, where the ceremony will be broadcast live on two large screens.

A reception for graduates and their families will immediately follow the ceremony, also in The Commons.