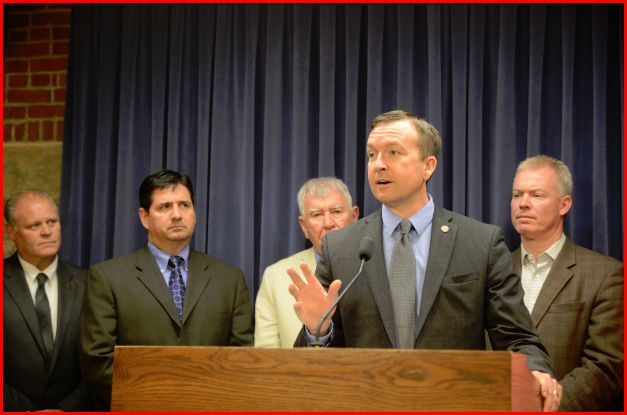 SPRINGFIELD— Democrat and Republican downstate lawmakers are proposing a plan to boost the use of Illinois coal in Illinois power plants.

“The time has come to take on Western coal. Our plan will increase demand for Illinois coal that is more efficient, cuts emissions and supports thousands of downstate jobs. It represents an estimated $1 billion savings to taxpayers and utilizes one of Illinois’ most abundant resources,” state Sen. Andy Manar said, during a press conference Thursday.

The plan would remove regulations that allow electric companies to shift the cost of importing Western states’ coal to electric customers. By eliminating these rules, lawmakers aim to make Illinois-produced coal more competitive.

“Illinois electric ratepayers pay a premium in their bills to import coal from Western states when we have abundant reserves right here. This policy needs to end immediately,” Manar said.

Representative John Bradley, D-Marion, and Manar are leading the push to have the concept integrated into Illinois’ energy policy through legislation this session.

“The General Assembly’s consideration of energy legislation this year has been focused on the northern portion of our state, but it’s important to not lose sight of the needs of Southern and Central Illinois when thinking about a comprehensive energy policy that works for everyone,” Bradley said.

Illinois coal reserves are the second largest in the nation and greater than all but six countries. Coal underlies two-thirds of the state, and there are currently 24 mines in operation.