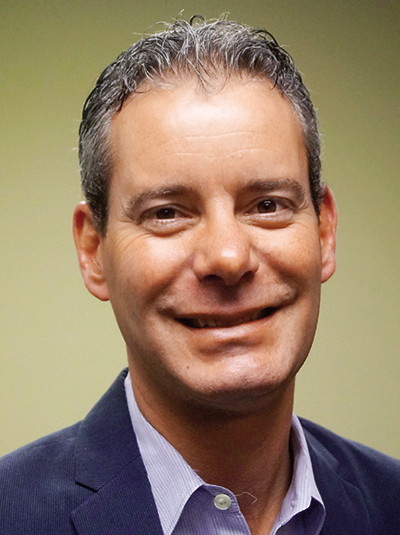 By ALAN J. ORTBALS
While Moran Economic Development is not an old firm, it’s quickly become the economic development right arm of many communities in Southwestern Illinois. Keith Moran, president of MED, said that he’s on call with communities like Hartford, South Roxana, Cahokia and Shiloh and jumps in when asked to help them with economic development issues, zoning questions and negotiating with developers.
MED just completed the first TIF district for the Village of Maryville. Moran said that Maryville is a solid middle class community with a strong residential base but experiences extensive retail sales leakage.
“Two thirds of the money Maryville residents spend on retail purchases is spent outside the village,” Moran said. “As a result, they generate very little in sales tax revenue.”
The focus of the district is to try to stem that outgoing tide, Moran said, and the best place to do that is on a tract of land at the intersection of I-55/70 and
IL-159
“It’s a very attractive location; it’s in a population hub; it has interstate access; and a high traffic count,” Moran said. “It has a lot of things going for it. But, it’s also undermined and, in order to attract development, that undermining has to be rectified. Other metro east cities have utilized the TIF program to address undermining issues and I think this property could very well do that with the right developer.”
Moran said that Maryville’s TIF district is already attracting developer attention as is another client, the Village of Cahokia. There, the village is using TIF funds to make major repairs to Cargill Rd. to accommodate developments by the Louis Dreyfus Group, a French global conglomerate that’s involved in agriculture, oil, energy and commodities; and the American Milling Group which supplies equipment and engineering solutions to agricultural industries.
“Between those two developments, we’re talking more than 100 full-time jobs,” Moran said.
There’s also developer interest in the former Parks College property that has been vacant since St. Louis University closed it and moved its aviation school to its St. Louis campus in the 1990s.
“There are some things on the horizon at Parks College that are going to surprise a lot of folks in Southwestern Illinois,” Moran said.
He’s also working on a new TIF District in Cahokia consisting of the former Bob Brockland GMC property at the intersection of Camp Jackson Rd. and I-255. Brockland closed its doors in Cahokia last year and moved to a site in Columbia, Ill.  That left a big hole in the sales tax revenue of the village but, through the use of TIF, they were able to attract Vanguard Truck Centers to the property. Vanguard Truck Centers sells and services Volvo, Mack and Isuzu trucks at 12 locations spread over 4 states. They will be moving their St. Louis operations from the corner of Chouteau and Jefferson in St. Louis to the Cahokia site.
“This is going to be a huge boost for the village,” Moran said. “There are 70 jobs associated with it in addition to substantial sales tax revenues that will help fill the void left by the departure of Brockland GMC.”
While TIF is a very useful tool in many instances, it’s not the only one available to Illinois municipalities, according to Moran. Last year he assisted the villages of Hamel to establish a business district to fund the extension of utilities to service a new Love’s Travel Stop along I-55–something the village could never afford to do on its own, Moran said.
And MED was called in by multiple municipalities to prepare applications for enterprise zones. One of the zones was in Clinton County and two were in Madison and St. Clair Counties. He prepared an application for a new zone that will include the municipalities of Highland, St. Jacob, Troy, Maryville, Glen Carbon, and Collinsville and another one for Fairmont City, Brooklyn and Caseyville. Moran said that the Illinois Dept. of Commerce and Economic Opportunity is expected to award the zones in September and the winners will become operational January 1, 2016.