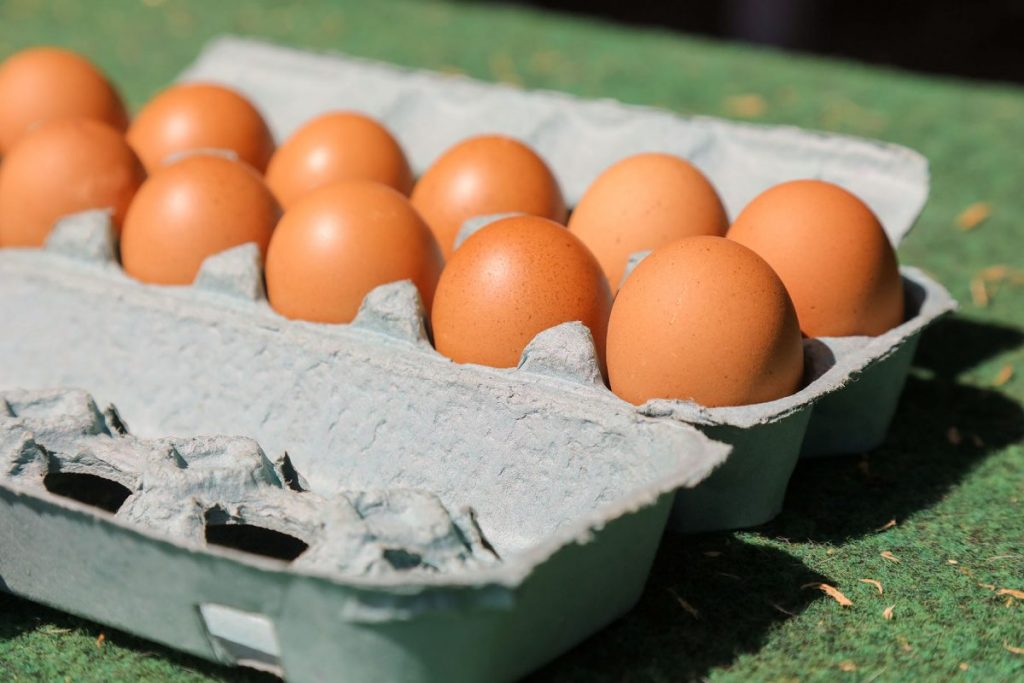 Consumers will likely see the cost of groceries continue to rise well into 2023, according to the US Department of Agriculture. Egg prices are likely to increase as ongoing outbreaks of highly pathogenic avian influenza continue to reduce the US egg layer flock. (File photo by Illinois Farm Bureau photographer Catrina Rawson)

It looks like U.S. consumers will have to stomach another year of historically high food prices.

The latest food price outlook from the US Department of Agriculture’s Economic Research Service projects all food prices could increase 3.5 percent to 4.5 percent in 2023.

If realized, this year’s inflation rate would be much lower compared to 2022, but still higher than average. USDA estimated all food prices increased 9.5 percent to 10.5 percent in 2022, with the cost of food at home up as much as 11-12 percent while prices of food away from home jumped 7-8 percent.

“Food prices are expected to grow more slowly in 2023 than in 2022, but still at above historical average rates,” USDA noted in its December food price outlook.

The 20-year average rate of food price inflation hovered near 2 percent annually prior to the COVID pandemic and war in Ukraine.

Issues with logistics, high transportation costs and freight rates, labor, soaring production costs and weather have all contributed to the recent price surge.

“The ongoing outbreak of highly pathogenic avian influenza (HPAI) continues to reduce the U.S. egg layer flock, as well as the poultry flock to a lesser extent,” USDA noted in its food price report. “This decrease is expected to increase wholesale and retail egg prices for the coming months.”

In the first two weeks of December, USDA reported 4.8 million birds were destroyed to keep HPAI in check, bringing total losses for the year to 57.3 million birds nationwide.

The majority of bird losses due to HPAI (42.5 million) were table egg layers. Roughly 9.4 million turkeys were destroyed since the first of the year, the CME Group’s Daily Livestock Report noted.

“Keep in mind there is a lag in price transmission and retailers likely are operating with compressed margins,” authors of the Daily Livestock Reported noted. “Given the trend of the last few weeks, we would expect retail (egg) prices to be sharply higher and unlikely to drop much in January and February.”

How does food price inflation affect U.S. citizens? It depends, in part, on your location and income level.

The survey of 1,200 consumers across the U.S. found households closer to the coasts are spending much more per week on food. But households farther from the coasts are experiencing higher rates of food insecurity.

“The regional differences are not surprising,” said Jayson Lusk, distinguished professor of ag economics at Purdue who leads the center. “The West and Northeast are generally higher-cost and higher-income areas, so we would expect them to spend more on food.”

The survey also seemed to indicate consumers reached a choke point in 2022 and responded to rapidly rising food costs by simply purchasing less of it. Grocery spending subsequently leveled off since May, according to the survey.

“There is a similar story for spending on restaurants, but this area still appears fairly robust,” Lusk said. “We will watch closely for further declines.”

USDA projects the cost of food away from home could increase 4-5 percent in 2023 compared to a 3-4 percent rise in food at home.