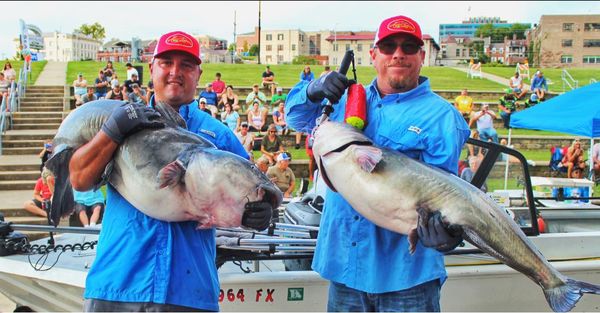 Three new sporting events are ready to take place in southwest Illinois in 2023 including an archery tournament and two new fishing tournaments.

The events will be held in Alton, Godfrey and Grafton and mark a new push by the Great Rivers & Routes Tourism Bureau to add exciting new sports events and tournaments to the region.

Two new fishing competitions: The SeaArk Catfish Tournament and Fishers of Men Tournament Series will highlight both catfish and bass fishing. The R100 National Archery Tour is a 3D archery target shooting competition and is a new event for the area.

“It is exciting to see these three tournaments commit to southwest Illinois as home for their events,” Cory Jobe, President and CEO of the Great Rivers & Routes Tourism Bureau said. “The Bureau has made a strong push to secure new and exciting sporting events for southwest Illinois and these three are a great addition to the Tough Mudder and National Collegiate Baseball Division II World Series competitions the Bureau has been instrumental in bringing to the region.”

The SeaArk Catfish Tournament will take place March 3 through 5 in Alton. This event is similar to the popular Alton Catfish Classic fishing tournament held in the Fall. The event features 75-plus boats during the two-day tourney held at Alton’s Riverfront Park.

The R100 National Archery Tour will take place April 11 through 16 at Camp Warren Levis in Godfrey. Over 300 participants are anticipated for this family-friendly weekend event. Competitors will take part in a 3D archery target shooting event with 100 targets. It also includes specialty shoots for youth including a White Tail Deer shoot.

Bass fishing will return to the Mississippi River with the Fishers of Men Tournament Series from Sept. 12 through 16 in Grafton. This 25-boat fishing tournament is making District 11 its 2023 stop. Both the City of Grafton and Aerie’s Resort have partnered with Great Rivers & Routes Tourism Bureau to bring the fishing tournament to the city.

The three new tournaments are anticipated to bring over $1 million in economic impact to the region.