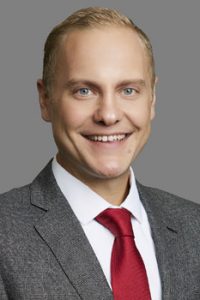 Simmons Hanly Conroy, one of the nation’s largest mass tort firms and a national leader in the legal representation of mesothelioma patients and their families, has elevated firm attorneys Jared Hausmann, Olivia P. Kelly and An Truong to shareholder, effective Jan. 3, 2023.

“We are very proud of Jared, Olivia and An, and we enthusiastically welcome them as new shareholders at Simmons Hanly Conroy,” said Larry Nassif, managing shareholder of the firm. “All three have demonstrated exceptional skills and accomplishments for our clients that merit recognition and anticipation for continued success and leadership in their new roles.”

Based in the firm’s Alton office, Hausmann focuses his practice on helping individuals and their families who have been affected by mesothelioma, a rare form of cancer caused by asbestos exposure. His practice concentrates on motions, defendant discovery and appeals.

Based in the firm’s New York City office, Kelly also focuses on helping individuals and families affected by mesothelioma and other asbestos-related diseases. A litigator, she concentrates primarily on motions and appellate practice.

Truong also works in the firm’s New York City office, where she is a member of the Complex Litigation Department. She concentrates her practice on advocating for the rights of consumers against large corporations, including class actions involving product liability, consumer fraud and data privacy violations. Currently, she holds leadership positions in several nationwide complex legal actions.