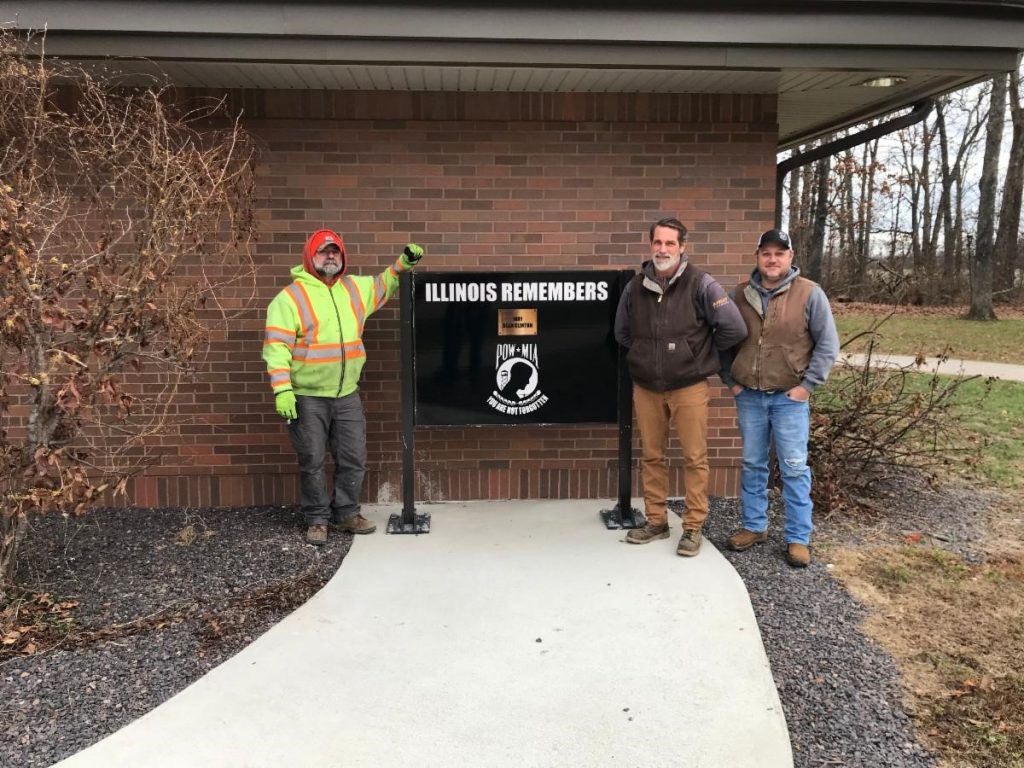 In honor of the Illinois service members who remain unaccounted for following the Vietnam War, a new POW/MIA sign was recently installed at the Post Oak Rest Area on northbound Interstate 57 in Marion County.

The new sign is part of an effort to replace deteriorated POW/MIA signs at rest areas throughout the state to continue recognizing Illinois service members who remain unaccounted for following the Vietnam War. To keep the signs in good condition in the years ahead, IDOT staff will continue to monitor and maintain them as they do any other road signs.

To learn more about this initiative, visit https://idot.illinois.gov/about-idot/stay-connected/blog/pow-mia.html.

In the early 1990s, a group of veterans organizations posted signs at rest areas throughout the state memorializing the “Illinois 99” – the 99 Illinois service members who were unaccounted for following the Vietnam War. In recent years, these monuments to POW/MIAs deteriorated to the point that many of the names were wiped away by the elements and the signs almost looked abandoned. Earlier this year, IDOT assumed responsibility and took on their restoration. The result has been beautiful new signs appearing at rest areas that were researched, designed and produced entirely by IDOT employees.