After months of debate and numerous changes to the final product, the SAFE-T Act in Illinois was set to abolish cash bail beginning on Jan. 1, 2023, but that will likely not take place after Wednesday’s ruling

As reported by NBC Chicago on Dec. 28, 2022, a Kankakee County judge has ruled portions of the SAFE-T Act unconstitutional, putting a pause on the elimination of cash bail in most of Illinois. 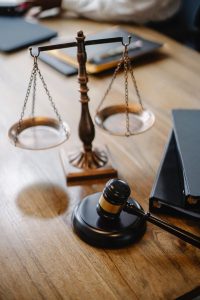 Circuit Judge Thomas Cunnington has ruled in favor of the plaintiffs in their lawsuit, specifically ruling bail reform and pre-trial release provisions in the Pre-Trial Fairness Act are unconstitutional. Specifically, Cunnington’s ruling held that the SAFE-T Act violated the Separation of Powers Clause, the Victim Rights Act, and unconstitutionally amended Article I, Section 9 of the state’s constitution, which codified cash bail in the state.

Cunnington heard arguments last week in lawsuits brought by several prosecutors and sheriffs around the state against the measure pushed by Democrats who control the Illinois General Assembly. The elimination of cash bail was set to take effect Jan. 1, 2023, but the implications of the ruling remain unclear.

According to a press release sent by Kankakee County State’s Attorney Jim Rowe, one of the lead plaintiffs in the class-action suit, the bail portion of the law will not go into effect on Jan. 1 in the 64 counties that signed onto the complaint filed against the administration of Illinois Gov. J.B. Pritzker. Illinois Attorney General Kwame Raoul, however, said “it is important to note that it is not binding in any other case, including those involving criminal defendants in any of the state’s 102 counties.”

“Today’s ruling affirms that we are still a government of the people, and that the Constitutional protections afforded to the citizens of Illinois – most importantly the right to exercise our voice with our vote – are inalienable,” Rowe said in a statement. Raoul said the state will appeal the ruling to the Illinois Supreme Court.

The immediate net effect of this ruling is that the pre-trial release provisions and bail reform will not go into effect in the 65 counties that were party to the lawsuit, which includes Madison County. The other provisions of the Safe-T Act, such as body cameras, training, etc., were upheld.

The Plaintiffs in this lawsuit consisted of 65 counties throughout Illinois who filed suit against Governor JB Pritzker, Attorney General Kwame Raoul, Senate President Donald Harmon and Speaker of the House Christopher Welch. Kankakee County and Will County were the first counties to file suit; thereafter, the Illinois Supreme Court consolidated all 65 cases into the Kankakee County case. The Plaintiffs were collectively represented by a litigation team consisting of the State’s Attorney and their Assistant State’s Attorneys from Kankakee, Will, Vermilion, Kendall, McHenry and Sangamon Counties. The parties argued their positions before Judge Cunnington on Dec. 20, and Wednesday’s ruling concludes the state court action. Any appeal, should the Defendants choose to pursue one, must now be filed with the Illinois Supreme Court.

Haine issued the following statement: “Yesterday’s ruling on the SAFE-T Act was welcome news across the State. As this ruling explains, the core of this 765-page bill — the elimination of judicial discretion over monetary bail — was an attempt by the General Assembly to amend the bail provisions of our Illinois Constitution without giving the citizens their Constitutionally-required opportunity to vote on such an amendment. Thankfully, due to this ruling, the elimination of cash bail has been halted in Madison County for now. But, this is far from over. We expect the defendants to appeal, and if so, Madison County will continue the fight against this law in the court system along with the other litigating parties.”

Judge Cunnington held the Safe-T Act unconstitutional on the basis that it violates the Separation of Powers clause, violates the Victim Rights Act, and unconstitutionally amends Article I Section 9 of the Constitution because the voters were denied their right to vote on such amendments. In his ruling, Judge Cunnington found that “had the Legislature wanted to change the provisions in the Constitution regarding eliminating monetary bail…they should have submitted the question on the ballot to the electorate at a general election”; he further stated that the Legislature’s action in violation of Separation of Powers “stripped away” the Court’s ability to ensure the safety of the victim and victim’s family. 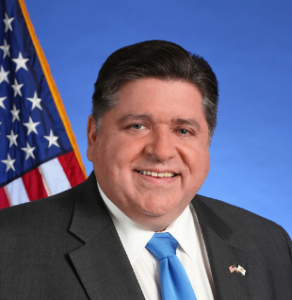 “Today’s ruling is a setback for the principles we fought to protect through the passage of the SAFE-T Act. The General Assembly and advocates worked to replace an antiquated criminal justice system with a system rooted in equity and fairness. We cannot and should not defend a system that fails to keep people safe by allowing those who are a threat to their community the ability to simply buy their way out of jail. I thank the Attorney General for his work on this case and look forward to the Illinois Supreme Court taking up the appeal as soon as possible.”

From the Illinois Network for Pretrial Justice on Dec. 28, 2022:

“Today, a Kankakee County judge sided with the 58 State’s Attorneys and sheriffs suing Illinois over the SAFE-T Act. This disappointing ruling is as political as the frivolous lawsuits that spurred it. The decision from Judge Thomas W. Cunnington could delay justice in counties across the state but will not deny it. The court did not issue an injunction and the Pretrial Fairness Act will still be the law in Illinois on January 1st. We anticipate that this poorly reasoned decision will be swiftly corrected by the Illinois Supreme Court.

“In the nearly two years since the Pretrial Fairness Act was passed into law as part of the SAFE-T Act, some members of law enforcement have been trying to undermine it. Their efforts have not been about justice or public safety; they are simply about preserving the power to jail people because they’re poor.

“Delaying the implementation of the Pretrial Fairness Act harms marginalized communities and survivors of violence. The current money bond system prioritizes access to wealth over public safety. Every year, thousands of people lose their jobs, housing, and custody of their children—not because a judge believes they’re dangerous, but only because they don’t have the money to buy their freedom. By protecting the status quo, the State’s Attorneys and sheriffs behind this lawsuit are making our communities less safe.

“Not all members of law enforcement have participated in these efforts to deny justice and undermine historic racial justice reforms. Some members of law enforcement have worked diligently to prepare for successful implementation on January 1st either in their own counties or as part of working groups led by the Administrative Office of Illinois Courts. Others participated in negotiations throughout the summer and fall to develop clarifying amendments to the law, which were passed earlier this month. Notably, the State’s Attorneys representing two of Illinois’ largest counties and a combined 47% of the population of the state, Cook and Lake, have championed the reforms included in the Pretrial Fairness Act long before they even became law. State’s Attorneys representing the second and fifth largest counties, DuPage and Kane respectively, were active participants in legislative negotiations and the Champaign County State’s Attorney testified in favor of the amendments made just weeks ago.

“While many counties have diligently worked to prepare for the end of money bond, the State’s Attorneys behind these lawsuits have been working to preserve one of the greatest racial and economic injustices in our legal system.

“The Illinois Network for Pretrial Justice stands by the Pretrial Fairness Act and is ready to work with the stakeholders in all counties to ensure that the law is successfully implemented after the Supreme Court responds to today’s ruling.”