After six workers died in the Dec. 2021 Edwardsville warehouse collapse during a tornado, Amazon is reportedly rebuilding to “pre-loss” conditions, without a storm shelter.

U.S. Sen. Warren, Reps. Bush and Ocasio-Cortez have sent a joint letter to Amazon’s CEO questioning the decision to rebuild the warehouse without key safety improvements, with a response asked for by Jan. 14, 2023. 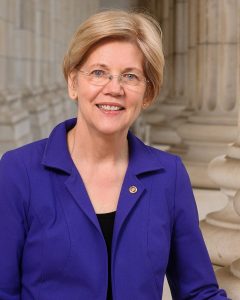 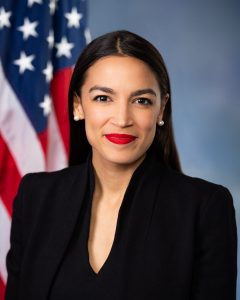 In it, they question the company’s plans to reportedly rebuild its tornado-struck warehouse in Edwardsville, Ill., only to “pre-loss conditions” – conditions that contributed to the death of six workers in December 2021.

The lawmakers have asked Amazon to provide answers about why the company is reportedly failing to build a safe room at the Edwardsville facility, even after the deadly December 2021 collapse.

“Amazon has a responsibility to make the modest investments necessary to ensure that workers in its Edwardsville facility are protected from future disasters… Your company’s reported decision to rebuild the Edwardsville warehouse to the same condition as when six workers died there last year suggests that you are once again putting your profits over workers’ safety,” wrote the lawmakers. 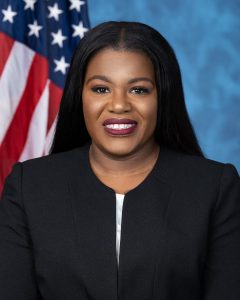 On Dec. 10, 2021, the roof of an Amazon warehouse in Edwardsville collapsed during a tornado, killing six people and injuring several more workers.

In letters in December 2021 and May 2022 after the tragedy, Senator Warren and Representatives Bush and Ocasio-Cortez raised significant concerns about Amazon’s policies that put workers at risk, especially during weather emergencies.

“Amazon’s shelter-in-place location at the Edwardsville facility was only a windowless room not built specifically to protect workers from tornadoes and very different from a storm shelter designed to survive a severe weather event. The lawmakers note that despite Amazon’s billions in profits, it reportedly won’t pay for the minimal cost of constructing a storm shelter or safe room at its rebuilt Edwardsville facility, which is in Wind Zone IV, FEMA’s highest tornado risk area.

From the IBJ Files: Aerial photo from Fox2 News after the Amazon Edwardsville warehouse collapse in December 2021.

St. Louis Public Radio’s Will Bauer had reported on Dec. 9, 2022, that the Amazon warehouse is nearly rebuilt. Bauer wrote that Amazon spokesperson Kelly Nantel had noted that Amazon leadership didn’t know exactly when the new warehouse will open, also confirming that the rebuild won’t have a shelter.

Federal guidelines from the Occupational Safety and Health Administration and local building codes don’t require a shelter, Nantel had further noted. Instead, she said Amazon is taking other steps to keep employees safe such as training them on how to respond to extreme weather, and it hired a meteorologist.

Amazon leases the warehouse that was destroyed. The owner is required to return the facility to its previous condition under its contract with Amazon. For the most part, it will function the same as the old building, Bauer wrote.