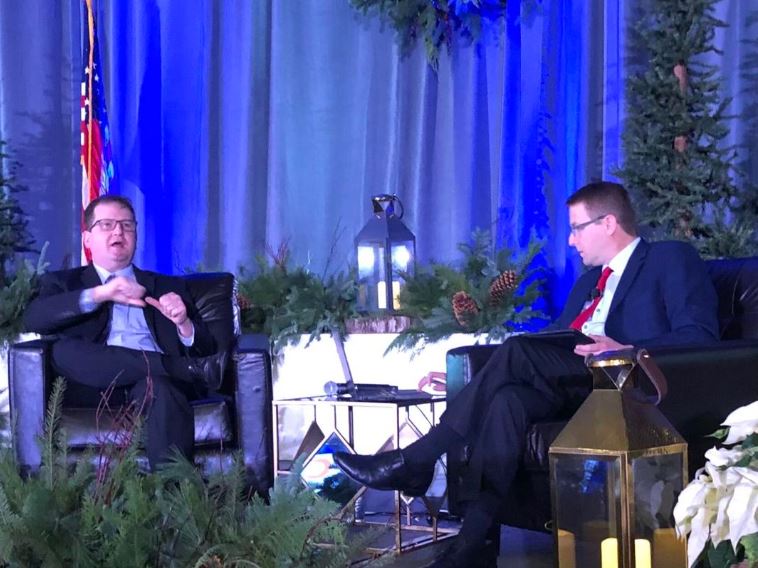 For the first time, USDA is forecasting an agricultural trade deficit.

U.S. ag exports are projected to reach $190 billion next year, while imports are predicted to rise to $199 billion. A trade deficit has occurred before (in 1959 and 2020, for example), but USDA has never forecast one until now.

While rare, a possible ag trade deficit is not a major cause for concern, according to Seth Meyer, USDA chief economist.

“We have both rising exports and imports, which I argue is a good thing,” Meyer said at the National Grain and Feed Association’s Country Elevator Conference and Trade Show in St. Louis.

“It’s an opportunity for farmers to sell their products and for U.S. consumers to get what they want.”

“I’d like to see both going up — exports and imports,” Meyer said. “It reflects consumer demand to try different things and counter-seasonal demand.”

However, USDA predicts China could begin “pulling back” its purchases of U.S. ag products as it diversifies sources. The Ag Department estimates exports to China could slip by $2 billion in 2023 compared to this year.

U.S. exports face major pressure from the strong value of the dollar, which makes products here more expensive in the world market. The trade picture was also complicated in recent months by historically low river levels, particularly on the Mississippi River, which slowed transportation time and jacked up freight rates, along with uncertainty caused by the previous threat of a worker strike in the railroad industry.

“We’ve developed a just-in-time delivery system to China,” Meyer said. “If we’re slow (delivering goods) for a month, we face greater competition the rest of the year.”

Overall, the value of U.S. exports could decline by $2.4 billion for soybeans, $1 billion for cotton and $600 million for corn in the year ahead. Livestock, dairy and poultry exports are projected to increase by $300 million.

But, at a total of $190 billion, U.S. ag exports would still be the second-highest on record next year. The estimate is down $3.5 billion from the August forecast.

“We look for global soy stocks to increase this year, but we expect our (domestic) soy stocks to contract over the year,” Meyer said. “Part of that is strong crush demand. Renewable diesel capacity is expanding rapidly. It reminds me of 2007 (during the buildup of the ethanol industry).”

Elsewhere, USDA does not look for any near-term impacts on corn demand to Mexico from its announcement to transition to non-GMO corn.

“What does the request actually mean and what will be the impact on their own consumers (in Mexico)?” Meyer said. “We still don’t have clarity.”

Some reports suggest Mexico might transition to non-GMO corn only for products for human consumption. Mexico recently also reportedly offered to extend the corn transition until 2025.